Shahzad alias Pappu, who is being interrogated for his alleged role in the 2008 Delhi blasts and the Batla house encounter cases, has revealed that the Indian Mujahideen had been given instructions by the Lashkar-e-Tayiba to carry out serial blasts at the offices of the Bharatiya Janata Party and the Congress in New Delhi.

Shahzad, who is in custody of the Delhi police, also confessed to have killed Inspector M C Sharma during the Batla House encounter.

A source in the Delhi police told rediff.com that Shahzad has been providing vital information to the investigators.

Shahzad told his interrogators that the Lashkar was relying heavily on the Indian Mujahideen so that it could control India operations entirely. He also revealed that following the next attack on India, the Lashkar had planned on changing the name of the outfit, since IM was already under the radar of security and intelligence agencies.

He said that the primary objective of the Indian Mujahideen was to carry out a series of blasts in New Delhi. They were planning on carrying out the blasts in the name of a new organisation. He said that prior to his arrest, they were in the planning stages of the Delhi operation.

He also told the interrogators that while they were planning aerial and sea operationa, they had planned on starting with a series of blasts outside the BJP and Congress head offices in New Delhi.

Shahzad also went on to reveal that they had planned on targetting these high profile offices in New Delhi since they could get maximum mileage out of it, and also the new found organisation they were planning on floating, would have got the desired publicity.

Shahzad further revealed that they had conducted a survey of the prestigious Indian Institute of Technology-Delhi, and had this building too on their terror radar.

He said that this operation was being planned by him and a team of six members, but they never met in person, since they thought it would be too risky. "I kept in touch with them through emails and all our plans were communicated through this medium," he added.

Shahzad also said that following the encounter at the Batla House, he immediately fled to Lucknow and from there he went to Jaipur and stayed there for some time.

From Jaipur he headed to Mumbai and finally returned to Azamgarh, where he was apprehended. 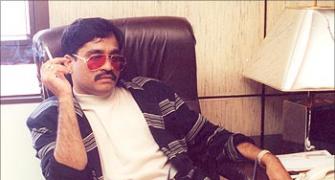 'Boys killed in Batla House were part of Indian Mujahideen'