Last time a family member was PM was 30 yrs ago: Rahul on dynasty criticism

'For me, trolls sharpen my senses about what I have to do. They are almost a guide to me. They tell me exactly where I have to go and what I have to stand for. So it's a refinement, it's an evolution' 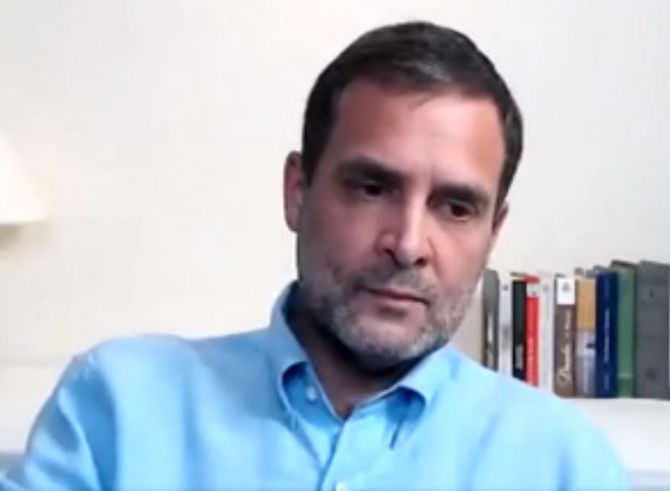 Responding to criticism over dynastic politics, Congress leader Rahul Gandhi on Friday said it has been over 30 years that a member of his family was prime minister, and asserted he would not stop fighting for his ideological view just because he is the son of an ex-PM.

In a candid free-wheeling discussion with University of Chicago professor Dipesh Chakrabarty, Gandhi said trolls are "almost a guide" telling him what to stand for.

Gandhi said he was proud that his father Rajiv Gandhi and grandmother Indira Gandhi got killed while standing and defending something.

"It helps me understand them and my place and what I should be doing. There are no regrets," he said during the live chat session.

The Congress leader also said a battle of ideas is going on and as the other idea attacks him, it helps him refine himself.

"For me, trolls sharpen my senses about what I have to do. They are almost a guide to me. They tell me exactly where I have to go and what I have to stand for. So it's a refinement, it's an evolution," he said.

Chakrabarty asked Gandhi that when the decline of the Congress is discussed, the question of dynasty is raised and how does he relate to this as someone who is seen as belonging to a dynasty.

Gandhi replied, "It is interesting to me because the last time a member of my family was a prime minister was 30 plus years ago".

Rahul Gandhi's father Rajiv Gandhi was the prime minister from 1984-89. He was the last member from the Gandhi family who held the post. Rajiv's Gandhi's mother Indira Gandhi and grandfather Jawaharlal Nehru have also been prime ministers.

The MP from Wayanad also talked about the the UPA government losing popularity, saying that for big systems like India, one has to provide a vision for a certain period of time.

He said the vision ran out its course in 2012 and a new vision was needed.

Noting that 10 years is a long time for a government in India, Gandhi said some mistakes were made and the country was also hit by the worst economic disaster in 2008.

"The Prime Minister (Narendra Modi) came with a new vision. You can see the result of that vision it is a disaster. Our job now is to construct the vision going forward from here," he said.

During the discussion, Gandhi also slammed the Centre over the three farm laws and said the government needs to back down on this. He said if not resolved, the agitation would spread and would not be good for the country.

Agricultural reform is required, but the destruction of the agriculture system is not acceptable, he said.

He said the bills need to be withdrawn and for agriculture reform, fresh discussion be initiated in Parliament.

Gandhi also interacted with students during the live chat. 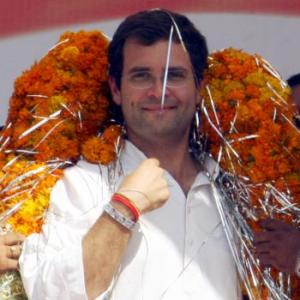