Sri Lanka declared a state of emergency on Wednesday as angry protesters stormed the prime minister's office in Colombo, hours after president Gotabaya Rajapksa fled to the Maldives on a military jet, amid the country's worst economic crisis in decades. 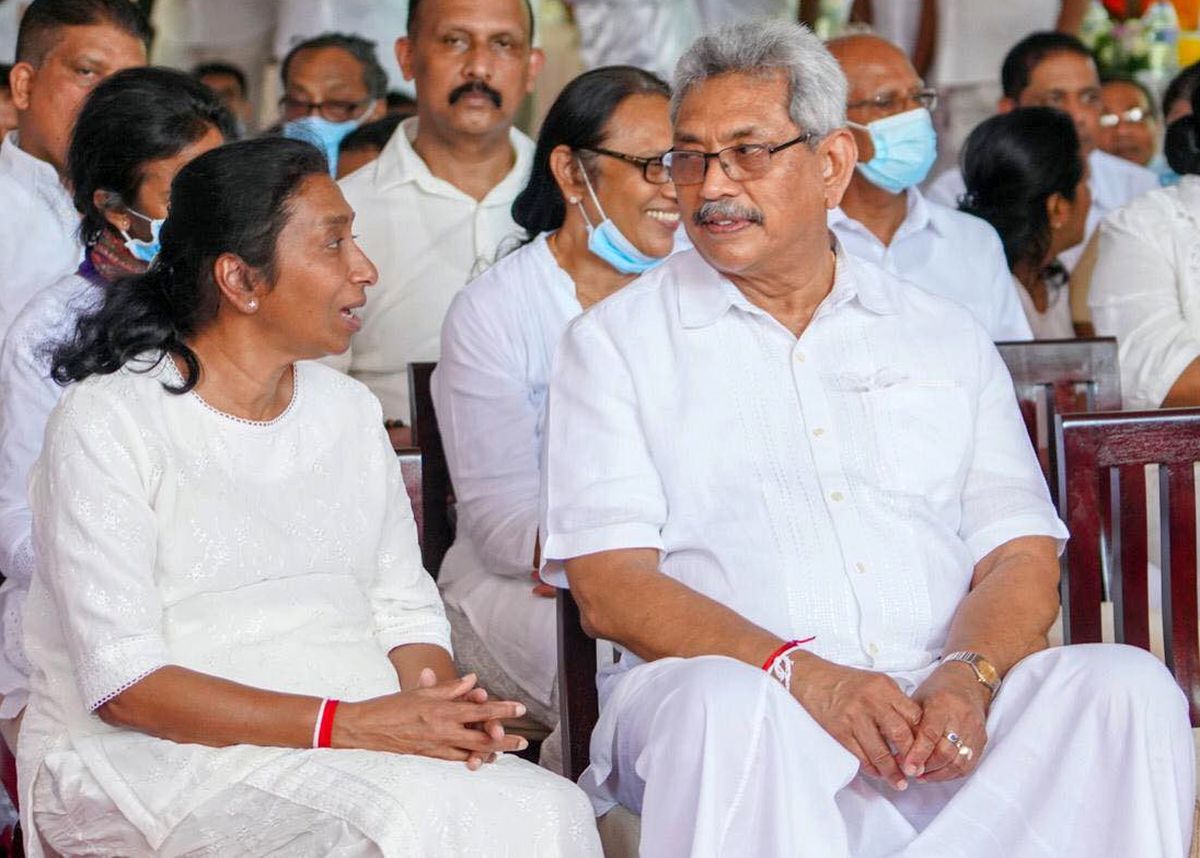 Rajapaksa, the 73-year-old leader who had promised to resign on Wednesday, appointed Prime Minister Ranil Wickremesinghe as the acting President hours after he fled the country, escalating the political crisis and triggering a fresh wave of protests.

Announcing that Rajapaksa has appointed Wickremesinghe to act to perform his functions while he is abroad, Parliament Speaker Mahinda Yapa Abeywardena said he has informed him over the telephone that he will resign today (Wednesday) as promised.

The speaker also said the vote for the new President will take place on July 20.

In a special televised statement, Wickremesinghe declared a nationwide emergency and imposed a curfew in Colombo and surrounding areas.

"We must end this fascist threat to democracy. We can't allow the destruction of state property. The President's Office, the President's Secretariat and the Prime Minister's official residence must be returned to proper custody," he said.

"Those who are in my office want to stop me from discharging my responsibilities as acting President. We can't let them tear up our Constitution. We can't allow fascists to take over. Some mainstream politicians too seem to be supporting these extremists. That is why I declared a nationwide emergency and a curfew," Wickremesinghe said.

He said he has instructed the security forces to enforce the emergency and curfew to bring the situation to normalcy, adding that a committee comprising the heads of armed forces has been given the responsibility of doing so with zero political intervention.

However, the development enraged anti-government protesters, who wanted both the President and prime minister to quit over mishandling the economy.

Thousands of protesters waving Lankan flags defied the emergency and surrounded the building of the PM Office.

The police fired tear gas on protesters who broke through a barricade and stormed the prime minister's office, calling for his resignation.

Wickremesinghe said he was alarmed by the inputs received by the intelligence services.

Also, a second state television channel went off the air, less than an hour after Rupavahini suspended its operations.

Earlier, a brief statement from the Sri Lanka Air Force said that President Rajapaksa left the country along with his wife and two security officers on a military jet and added that it was done with complete approval from the ministry of defence.

Rajapaksa, who enjoys immunity from prosecution while he is President, fled the country before resigning to avoid the possibility of arrest by the new government.

On Saturday after thousands of protesters stormed his official residence, blaming him for the unprecedented economic crisis that has brought the country to its knees, Rajapaksa announced that he will step down on Wednesday .

Rajapaksa's escape to the Maldives was negotiated by the Maldivian Majlis (Parliament) Speaker and former president Mohamed Nasheed, sources in the Maldives capital Male said.

The Maldivian government's argument is that Rajapaksa is still the President of Sri Lanka, and that he hasn't resigned or handed over his powers to a successor.

Therefore, if he wanted to travel to the Maldives, it could not have been denied, sources said.

The Maldives government has not yet officially commented on his presence in the island nation.

However, the Maldives National Party (MNP) leader and former Maldives foreign minister Dunya Maumoon said it was very disappointing that the Maldivian government did not care about the sentiments of the Sri Lankan people.

"My party will move a motion in parliament (People's Majlis), seeking the government's explanation in the matter," Maumoon, the daughter of former Maldives president Maumoon Abdul Gayoom, told PTI.

Communications Director at the Parliament Secretariat, Hassan Ziyau, said Parliament was not aware of the matter.

They arrived in an AN32 aircraft, according to TV news channels.

President Rajapaksa is likely to leave for Singapore later Wednesday, the Daily Mirror reported, citing sources in the Maldives.

He is likely to send his resignation letter only after reaching his final destination on Wednesday evening, Sri Lanka's The Morning news portal reported, citing highly placed government sources.

Meanwhile, former president Maithripala Sirisena warned that a power-hungry group is gradually destroying the country, saying the President and the Acting President have no mandate at all, and one must think twice before executing their directives.

In a statement, Sirisena said that it is the responsibility of the armed forces to protect the people who are engaged in the struggle.

'An MP with one seat is appointed as PM. Now the same person is appointed as acting President. This is the Rajapaksa style of democracy. What a farce. What a tragedy,' Leader of the Opposition Sajith Premadasa tweeted.

Also on Wednesday, the Indian High Commission in Sri Lanka categorically denied 'baseless and speculative' media reports that it facilitated the escape of Rajapaksa to the Maldives.

'It is reiterated that India will continue to support the people of Sri Lanka as they seek to realise their aspirations for prosperity and progress through democratic means and values, established democratic institutions and constitutional framework,' the India mission tweeted.

As the news of Rajapaksa's departure spread, an enthusiastic crowd gathered in Galle Face Green chanting the popular phrase Aragalayata Jayawewa, or 'Victory to the struggle' in Sinhalese and 'Go home Gota'.

On Monday night, both Rajapaksa and his brother Basil were turned back at the Colombo airport as they attempted to leave the country amid mounting anger against the powerful family for mishandling the island's worst economic crisis. 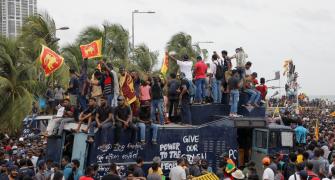 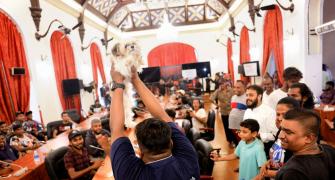 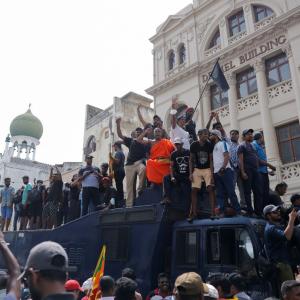 'Gotabaya Rajapaksa may not resign' 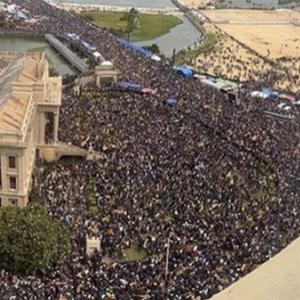