Two and a half months after his death, Sathya Sai Baba's Ashram in Puttaparthy is finding itself caught in a major storm over the alleged siphoning of the wealth left behind by the spiritual leader.

Two incidents of seizure of huge amounts of cash by the police, allegedly belonging to the trust, while they were being transported out of Puttaparthy in Anantapur district has rocked the Ashram.

Saturday night's seizure of Rs 35.5 lakh from a vehicle near Anantapur has yet again sparked controversy, with the police claiming that the vehicle belonged to the Satya Sai Central Trust. On the other hand, R J Ratnakar, the Baba's nephew, and a trust member says that the money has nothing to do with the trust.

Anantapur District Superintendent of police Shahnawaz Qasim told mediapersons that the money was being taken from Puttaparthy to Bangalore to be handed over to an unidentified person.

He said that the two persons were arrested in this connection. One of them has been identified as Shekhar, driver of one of the Trust members V Srinivasan and Shetty.

The money was seized by the police from a vehicle during search operation at Kodikanda check post near Hindupur. Qasim said that the money and the arrested persons will be produced before a magistrate.

Preliminary investigations suggest that the cash was part of the wealth found in the Yajurveda Mandir or the personal chambers of Satya Sai Baba in the Ashram. This part of the Ashram was opened only on Thursday for the first time since the Baba's death.

Qasim said that Shekhar revealed that the amount was given to him by Pradhan, a chief security officer at Yajurveda, and was to be handed over to a person whose telephone number was given to him. 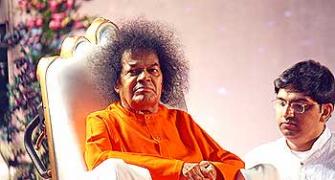 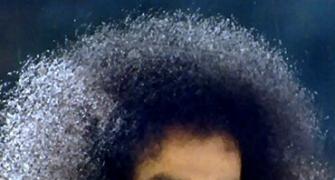 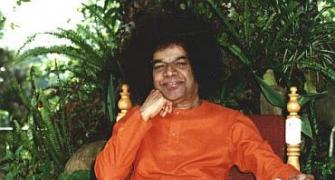 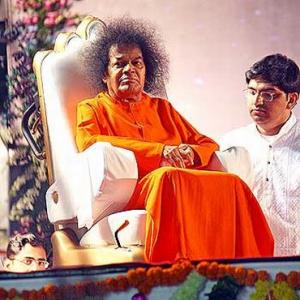