The death toll in the terror attacks on two Ahmedi mosques in Lahore rose to 95 on Saturday.

After receiving complete reports of the number of bodies recovered from the two mosques at Model Town and Garhi Shahu that were attacked by heavily armed terrorists on Friday, officials put the death toll at 95.

Over 100 people were injured in the attacks in this eastern Pakistani city. The Jamaat-e-Ahamdiyya Pakista, which represents the sect, said the government had been 'going soft' on radical groups that espoused violence against Ahmedis.

"All hard-line religious organisations in Pakistan are against us and are spreading venomous propaganda against us. We are told that the Punjabi Taliban and Harkat-ul-Mujahideen had carried out the attack. Tell me which religious party here does not endorse the idea of killing Ahmedis," JAP spokesman Qamar Suleman told PTI. "

"The government has never come down hard on elements that instigate people against us, and that is why it is equally responsible for what happened on Friday," Suleman said.

He complained that a section of the media had incited people against Ahmedis.

Suleman said that unless the federal and Punjab governments acted 'seriously and sincerely' to condemn and eliminate such elements, incidents like Friday's attacks will not stop.

"Pakistani clerics want us to leave Pakistan. They are giving us this message through such attacks," Suleman said. Over 15 lakh Ahmedis live in Pakistan. 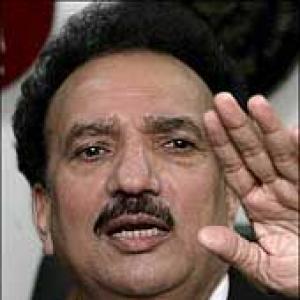 RAW's role in Lahore attacks not ruled out, says Malik 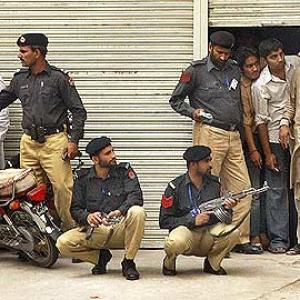