Hundreds of anti-nuclear protesters forming a human chain stood in sea waters for the second day on Friday demanding halting of preparations for fuel loading into the nuclear reactor in Kudankulam.

Women and men would stand in the sea waters for two hours in turns, Pushparayan, leader of the Peoples Movement Against Nuclear Energy, spearheading the year-long agitation, told media persons in Kudankulam.

Police said Satishkumar, a close associate of S P Udayakumar, Convenor of PMANE, was arrested in Chennai on Friday for trying to "instigate" the fishermen there to join the stir against Kudankulam Nuclear Power Project (KNPP).

Search for Udayakumar, who had announced that he would surrender on Tuesday night, but later did a U-turn, continued, police said.

The Coast Guard aircraft and ships maintained surveillance at sea off nearby Idinthakarai as the villagers stood in waist and neck deep water.

Taking cue from a similar protest demanding land as compensation and reduction of Omkareshwar Dam recently by villagers of Khandwa district in Madhya Pradesh, PMANE launched 'jal satyagraha' on Thursday, marking a new turn in their agitation, which was intensified after preparations for fuel loading into the plant was announced.

The Supreme Court had on Thursday refused to stay loading of fuel for the Kudankulam plant, but agreed to examine the risk associated to the project, saying safety of people living in its vicinity is of prime concern. 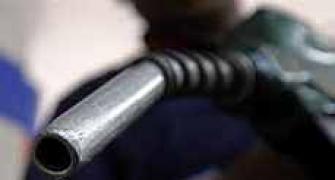 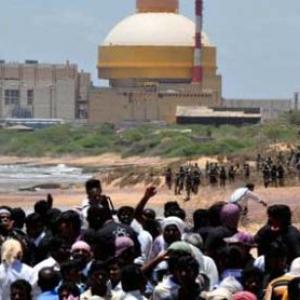