Mumbai police is likely to take assistance of the Income Tax department and the Enforcement Directorate for probe into the disproportionate assets case involving senior Congress leader Kripashankar Singh, his family members and aides.

"We may take the help of I-T and ED departments during the probe," a senior police official said on Wednesday.

An FIR under relevant sections of the Prevention of Corruption Act and the Indian Penal Code was registered against Singh at Nirmal Nagar Police Station at suburban Bandra on Tuesday and the matter is being investigated by Mumbai Police Commissioner Arup Patnaik under the supervision of Bombay high court.

Apart from Singh, his wife, son, daughter and son-in-law besides one more family member along with others have been booked under the IPC sections 120 B (criminal conspiracy), 201 (disappearance of evidence), 420 (cheating), 465 and 467 (forgery), and relevant sections of the Prevention of Corruption Act.

The high court had on February 22 directed Mumbai police commissioner to prosecute Singh for "criminal misconduct" under the Prevention of Corruption Act, while hearing a PIL filed by activist Sanjay Tiwari who alleged that the Congress MLA had amassed wealth disproportionate to his known sources of income.

In the petition, Tiwari claimed that the former Mumbai Pradesh Congress chief had been close to former Jharkhand chief minister Madhu Koda, currently in jail for alleged

involvement in a multi-crore hawala scam. He alleged several monetary transactions had taken place between them.

"Since Koda's case had been thoroughly probed by the ED, we would take their help on how to go about in this matter," said an official.

Singh's son Narendra Mohan is married to Ankita, daughter of Kamlesh Singh, who was a minister in the Koda cabinet and is now in jail in connection with the hawala scam.

Ankita had received Rs 1.75 crore in her account from Kamlesh, the PIL said, adding there were huge transactions from the bank accounts of Kripashankar's wife Malti Devi too.

Singh resigned as the Mumbai Congress chief citing the party's poor showing in the recently held civic elections on the same day the high court had asked the police to seek sanction for his prosecution.

Koda has been accused of amassing illegal wealth worth over Rs 1,340 crore in connivance with four of his close associates including the chief executive of a Mumbai-based bullion firm.

Evidence against Koda was secured during countrywide raids, including on the premises of his associates, by the ED and the I-T department in October 2009 which allegedly showed huge illegal investments and hawala transactions during Koda's tenure as the chief minister.

Koda, arrested on November 30, 2009 and issued chargesheet last March, is currently lodged in the Birsa Munda jail in Ranchi. 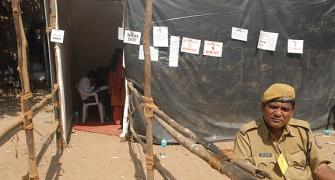 PICS: Dismal vote in Mumbai but high and mighty turn up 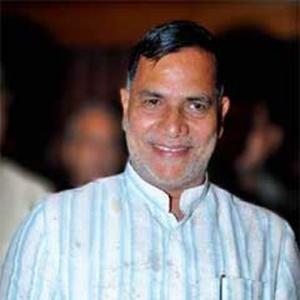