The plight of the 17 Indian sailors aboard a chemical tanker MT Royal Grace, who have been held hostage by Somali pirates since March 2, 2012, can only be described as hellish. The ship was hijacked when it was sailing to Nigeria from Dubai -- there are 22 hostages onboard -- of whom 17 are Indians. Vicky Nanjappa reports.

A letter by Sharmistha Dutta, daughter of the captain of the ship Shankar Dutta, tells the plight of the hostages. The letter was written to Member of Parliament Rajeev Chandrasekhar, who will take up the matter in the Rajya Sabha on Tuesday.

Sir, I would like to share some important news on crew members front. On Sunday, we got tearful calls from our family members that they started torturing by beating them very badly. This is happening from the last two days and all the crew members, irrespective of age they are tied and beaten badly.

I also wanted to add one more piece of information this pirate group which hijacked MT Royal Grace is a new gang and they are really aggressive in terms of getting the ransom. So the physical torture has already started and our family members are literally in hell where there is no help from our government.

Kindly help us sir, the situation getting really worse.

Except for 2-3 families, none of the family members have been able to speak to hostages, raising fears of about their safety. The families claim that the government promised to pay the ransom demanded by the pirates, but had been wavering on this for the past twomonths.

Family members say their letters to the External Affairs Minister SM Krishna and others have not yielded any results.

When the matter is taken up on Tuesday in the Rajya Sabha, will the following questions be asked?

How is the government unmoved over the plight of these hapless 17 Indians?

Why has government ignored Parliament's plea on this matter?

The families of the hostages are out there in biting cold in Delhi, camping in front of the shipping ministry since the past 10 days, but there no takers for their cries and pleas.

The last time the matter came up before the Rajya Sabha, Chandrasekar said that the matter concerns humanity. He said that the owner of the ship has now been traced and is in contact with the pirates for the ransom and the release of the crew. However, there has been a lot of delay on part of the government to intervene into the matter.

Deputy Chairman P J Kurien directed the Parliamentary Affairs Minister Kamal Nath to take up the matter with the ministries and departments concerned.

Minister of State for Parliamentary Affairs Rajiv Shukla said whenever such issues have cropped up, the government has taken all possible measures and now too it will do the needful. 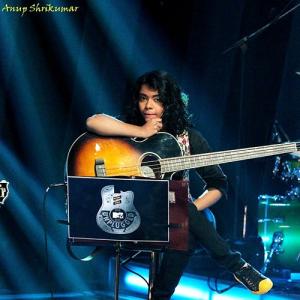