Kerala moves ahead with rebuilding exercise 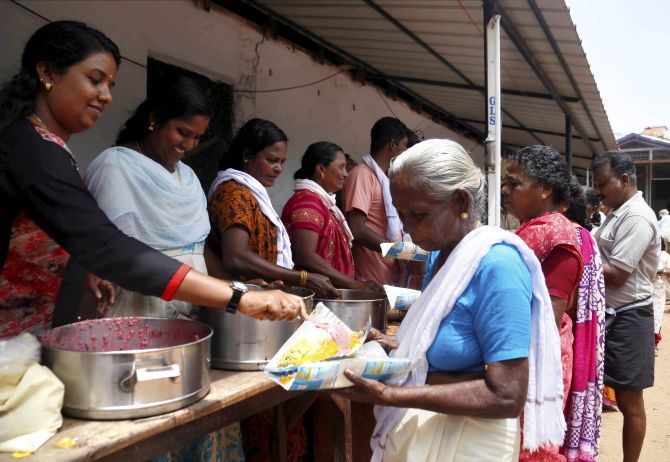 Kerala government on Friday spelt out steps to raise funds to rebuild the state ravaged by floods, even as opposition United Democratic Front demanded a judicial probe into the 'unscientific' opening of dams, which it claimed caused the deluge.

As part of the fund mobilisation move, the cabinet decided to seek financial aid from abroad through non-resident Keralites, from major cities in the country and also from educational institutions in Kerala.

Leader of the Opposition in the state assembly Ramesh Chennithala met Governor Justice P Sathasivam and submitted a petition with a charter of demands, including a judicial probe into the circumstances that led to release of water from dams.

In a major decision, the cabinet appointed KPMG, one of the largest professional service companies in the world, as project consultant partner for rebuilding the state.

Tata Project Ltd has been entrusted with the task of reconstructing roads, buildings and bridges destroyed in the rain fury at Pamba, the foothills of the famous Lord Ayyappa shrine in Sabarimala, Vijayan told reporters in Thiruvanthapuram on Friday.

"The services of KPMG for projects relating to revamping the state will be free of cost," Vijayan said.

A high-level committee, with Chief Secretary Tom Jose as chairman, would supervise reconstruction work at Pamba and to ensure its completion on a time-bound basis in view of the annual Mandala-Makkaravillku pilgrimage season at Sabarimala shrine which begins on November 17, he said.

Admitting that fund mobilisation was a challenge, the chief minister said it was decided to raise funds from foreign countries where Keralite expatriates live in large numbers.

"A special team comprising a minister and officials will be constituted to mobilise funds from abroad," he said.

Rehabilitation of displaced persons has to be completed fast, Vijayan said, adding the government would make available a loan of Rs 1 lakh each to families who had lost household articles in the floods.

The government would bear the interest part of the loan, for which purpose it would sign an agreement with a consortium of banks, he said.

With the objective of providing financial aid to small scale traders and businessman affected by the floods, the government would make available a bank loan of Rs 10 lakh to them, the chief minister said.

On the loss and damage in the floods, the worst in the century, Vijayan said it was estimated to be much more than the 2018-19 annual plan outlay of Rs 37,247.99 crore.

As many as 483 people have lost lives in the state since the onset of the monsoon on May 28 and 14 were still missing.

The petition submitted by the Opposition to the governor also demanded a separate account for flood mitigation funds received by the government towards the CMDRF.

The chief minister had rejected the Opposition charge and maintained that extreme heavy rainfall between August 8-21 was the main reason for the floods and not the opening of dams.

With water receding from major flood affected areas, the total number of people still in relief camps have come down to more than 28,000, mostly in parts of low lying Kuttanad in Alappuzha district. 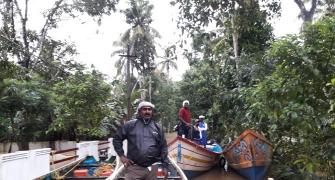 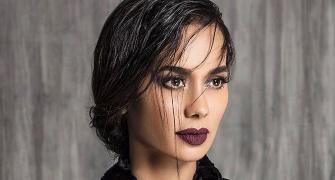 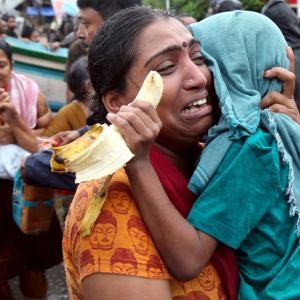 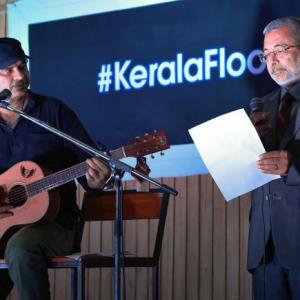