Kerala IT Secretary M Sivasankar was removed as Secretary to Chief Minister Pinarayi Vijayan on Tuesday, in the backdrop of the gold smuggling controversy, where the role of a former woman employee of the IT department is being probed. In a brief statement on Tuesday, the Chief Minister's Office said Sivasankar has been removed and replaced by Mir Mohammed, another IAS officer, who will hold additional charge.

Sivasankar is likely to continue as IT Secretary.

The removal of Sivasankar comes in the backdrop of the Opposition allegations that the role of a woman, who was earlier employed in the IT department was being investigated in the seizure of 30 kg of gold smuggled through "diplomatic baggage" at the international airport.

The Customs had arrested an accused in the case on Monday and is on the lookout for the woman, who had been appointed as liasion officer on a six month contract in the Space Park under the IT department.

The woman had been sacked two days ago, government sources said.

The Congress and BJP had trained their guns against the Chief Minister's office as reports emerged that the woman was appointed in the IT department when a crime branch probe was on against her.

Senior Congress leader, Ramesh Chennithala, had demanded a CBI probe into the incident, and alleged that a "criminal gang" was operating in the CM's office.

He also wanted the chief minister to clarify about the persons from his office who allegedly tried to interfere in the investigation of the smuggling case.

BJP state president, K Surendran, wanted to know how the woman was appointed in the IT department when she was earlier questioned by the crime branch in another case.

Vijayan had told reporters on Monday that he was unaware of the factors behind her appointment and would look into the matter.

Customs have arrested a man, who claimed himself to be a former employee of foreign country's consulate in Kerala, in connection with the case.

The man was arrested following his interrogation in connection with the seizure of gold from Thiruvananthapuram international airport on Sunday, the Customs officials said.

The Customs has said it suspected a smuggling syndicate had misused the name of a person who enjoys diplomatic immunity.

On Monday, Customs personnel said they were looking for a woman, also claiming herself to be a former employee of the consulate in Thiruvananthapuram, in connection with the case. 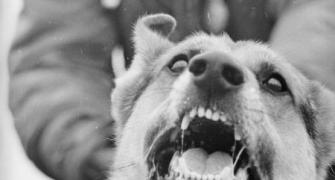 Now, kill a stray dog and get a gold coin in Kerala 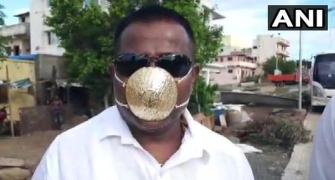