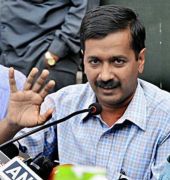 Arvind Kejriwal and some activists were on Friday detained by police after they were stopped from marching towards the prime minister's residence demanding resignation and arrest of Union Minister Salman Khurshid over allegations of irregularities by an NGO run by him.

Kejriwal along with about 70 activists of Rashtriya Vikalang Party marched from Janpath to Prime Minister Manmohan Singh's Race Course residence, a few kilometres away, but were stopped at Rajpath crossing by police. They were later detained when they refused to disperse and staged a sit-in.

The activist announced that his day-long protest will now continue for an indefinite period. Kejriwal said they will not leave the venue till the prime minister met them or Khurshid resigned from the Cabinet.

Kejriwal said now this is a fight to finish and "now let's make this place another Tahrir Square".

Kejriwal-led India Against Corruption has been maintaining that it was a protest programme by RVP and they were just guests. But after Kejriwal's protest IAC started sending text messages asking people to join the protest.

"IAC in support of disabled people is sitting on protest near National Archives, Janpath. PM refused meeting. Would sit on dharna unless PM meets or Salman Khurshid resigns," an IAC spokesperson said.

Kejriwal claimed he had sought time from the prime minister but his office refused to give him and disabled people any appointment.

The IAC had alleged financial irregularities in the functioning of Zakir Hussain Memorial Trust run by Khurshid and his wife Louis, a charge denied by both. Khurshid has also threatened to take Kejriwal to court. 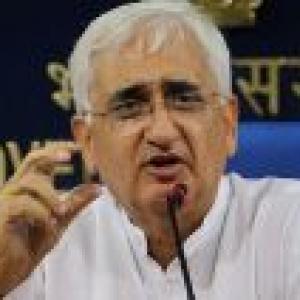 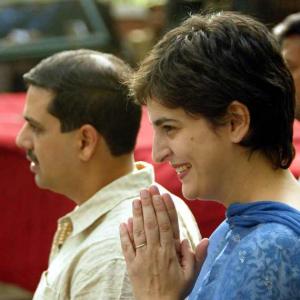