In a significant ruling that could affect the trial of seven suspects charged with involvement in the Mumbai attacks in Pakistan, a bench of the Lahore High Court on Tuesday ruled that the confessional statement of Ajmal Amir Kasab could not be used against the accused.

Kasab is the lone surviving gunman in the Mumbai terror attack and is being tried in a special court in the financial capital of India.

The Rawalpindi-based bench of the Lahore High Court gave its order in response to a petition filed by LeT commander Zakiur Rehman Lakhvi and other accused who are being tried by an anti-terrorism court for planning and help execute the 2008 attacks in Mumbai.

However, the High Court bench dismissed the plea by Lakhvi and the other accused for their acquittal. Lashkar-e-Taiba is accused of carrying out the attack on November 26, 2008 that killed 166 people. The bench said they could not be acquitted at this stage while their trial was underway in the anti-terrorism court. The accused had filed the petition in the Lahore High Court earlier this year and a bench comprising Justices Sagheer Ahmed Qadri and Ijazul Ahsan reserved its verdict in the matter on January 26. The two judges were subsequently recalled to Lahore and the verdict was announced today by a bench comprising Justices Asad Munir and Ijaz Ahmed.

Shahbaz Rajput, a lawyer defending some of the accused, said the High Court bench had ruled that the statement made by Kasab to Indian authorities could not be used in a Pakistani court as it violated Article 43 of the Qanun-e-Shahadat Order of 1984 or evidence act.

"This article states that the statement of an accused can be used against the co-accused only if they are all appearing in the same court for the same case," Rajput told PTI. Rajput said the high court had ruled that the anti-terrorism court had exceeded its powers by separating the trial of Kasab from that of the seven accused.

"There was no legal basis for this separation of the trial. The High Court said this was in excess of the powers of anti-terrorism court," he said.

The high court said the anti-terrorism court should declare Kasab a "proclaimed offender" or fugitive and authorities should submit a challan or chargesheet against him.

The high court also said the accused would be free to submit petitions challenging the evidence presented against them at a later stage of their trial in the anti-terrorism court. Sources said Kasab's confessional statement formed a crucial part of the case prepared against the accused by the Pakistani prosecution. Defence lawyers have been demanding that Kasab's statement should be excluded from the evidence as he had retracted it during proceedings in a court in Mumbai.

The seven suspects Lakhvi, Shah, Abu al-Qama, Hamad Amin Sadiq, Shahid Jamil Riaz, Jamil Ahmed and Younas Anjum have been booked under the Anti-Terrorism Act, Pakistan Penal Code and a cyber crimes law. They have been accused of training and providing financial support, accommodation, equipment and communications gear to the 10 terrorists who attacked Mumbai in November 2008.

The trial in the anti-terrorism court has been mired by controversies and delays since last year.

The judge was changed twice and Lakhvi's counsel has filed at least seven petitions seeking his acquittal, challenging the case prepared by the prosecution team and asking for the transfer of the trial from Rawalpindi to Lahore. Special public prosecutor Malik Rab Nawaz Noon has even said the defence lawyers are causing "unnecessary hindrances" by filing such petitions. 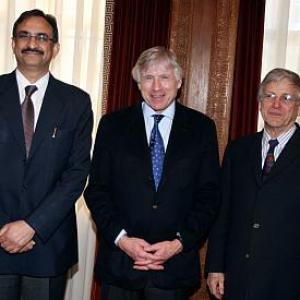