Minister of State for Communications and Information Technology Milind Deora and member of Parliament from south Mumbai had in September 2012 written a letter to President Pranab Mukherjee requesting him to expedite the execution of the lone surviving 26/11 terrorist Pakistani Mohammed Ajmal Amir Kasab.

The minister posted details of his letter on Twitter: "While it is true that Mumbai's enduring spirit and indomitable will, will help in its collective healing, it has also been the wish of every Mumbaikar and Indian that the perpetrators of the heinous crime be brought to justice swiftly under the law of the land. To honour the wish of all Mumbaikars and in the interest of justice, it is my fervent appeal that the verdict of the Supreme Court be implemented expeditiously.

Rediff.com's Vaihayasi Pande Daniel had then spoken to Deora about his letter to the President.

We reproduce the interview

Why have you taken this position on Kasab's execution?

It is not a position. I believe (Mohammed Ajmal Amir Kasab's execution) will happen. I have faith in the system and the judiciary that it will happen.

I have not written to the President to make it happen. I don't have any doubt that it will happen.

But I do feel strongly about what happened in my city. So I want to make that clear. I feel that people would like me to echo their sentiment, which is the same as mine, because the average person is not heard.

I feel very strongly about it. I have seen my city attacked.

Do you feel Kasab's execution will bring closure for the victims of 26/11? Are you upholding the need for his execution because you feel it will give you closure too?

I feel his execution will bring me the emotional closure that I personally need. A lot of people (in this city) need that closure. And I think this will give them that closure. And that was why I wrote that letter.

Do you believe in capital punishment?

For me, capital punishment is a huge debate in my mind. If I look at it philosophically I do feel that nobody has the right to take someone else's life (through capital punishment). But in this case that debate is not ringing out in my head. It is quite clear to me that he should be given the sentence.

No, but there are people who are personally affected by a crime and still don't seek capital punishment for the offender. I admire those people. But I don't feel that way (in connection with Kasab) because I feel he came into my personal space.

I am confident that the final verdict of execution for Kasab will come through. I wrote to the President because I was addressing (issues that affect) my personal space.

But there are several terrorists sitting on the death row in our jails awaiting execution like the man guilty of bombing Parliament. Do you feel somehow that Kasab is more clearly guilty than them?

There is no doubt about his crime. I feel linked to this crime because it happened in my own backyard. It was a crime against my city. I also strongly feel that a sentence given by a court to someone for a crime, even relating to a civil issue, should be implemented.

I did not say on the day Kasab was caught that he should be hanged. But I felt that way later. I have not seen a crime in my backyard as heinous as this and so I feel this way. 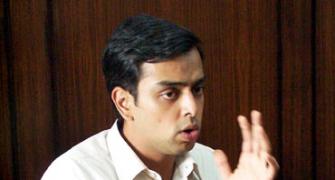 Kasab down with fever in prison 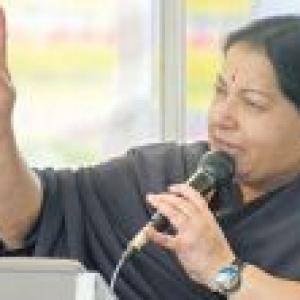 SC pulls up Jayalalithaa for filing 4 nominations in 2001