He also said a long-term solution to the Tamils issue has to be a political one.

The plight of Sri Lankan Tamils was linked with human rights and dignity, which required short-term, medium-term and long-term solutions, Karunanidhi told a conclave ahead of the pro-Eelam international TESO meet called by him.

The DMK patriarch's remarks came prior to the Madras high court permitting the TESO conference at the YMCA grounds in Chennai bringing last minute relief to Karunanidhi who is trying to resuscitate the organisation founded by him in the wake of murderous attacks on minority Tamils in Sri Lanka in 1980s.

Eelam signifies the separate nationhood concept from Sri Lanka, the core of armed struggle by the now decimated LTTE, which is not in line with India's stand on the issue.

A last minute refusal to permit the meet by police had put a question mark over the meet forcing TESO to approach the high court, where a single judge had on Saturday declined to hear its plea after which the matter was placed before a division bench, which held a special sitting on Sunday afternoon.

"The nations of the world are very much worried over the pre- and post-war developments in Sri Lanka. The problem with Eelam Tamils is a problem linked with humanitarianism, human rights and dignity of human beings," he told a conclave of the 'Eelam Tamil Livelihood Rights Protection Conference.'

"It may be painful to note that the Sri Lankan military runs a state of Emergency in Tamil areas. It is also distressing that intimidation in the routine life of Tamils has increased after the recent (US-backed) resolution in Geneva (in the UN Human Rights Council) asking Colombo to promote post-war reconciliation," he said.

Despite condemnation and strictures passed against Sri Lankan rulers, problems for Tamils had not ceased, Karunanidhi claimed.

The 88-year-old veteran leader called for short-term, medium-term and long-term solutions including re-settlement and rehabilitation of internally displaced Tamils, reconstruction of infrastructural and civic facilities and restoration of Right to Property, Education and Employment.

"Long-term solution is a political solution which has been discussed and debated for a very long time," he said without elaborating.

Union Ministers Sharad Pawar (NCP) and Farooq Abdullah (National Conference) besides JD(U) leader Sharad Yadav were scheduled to participate but did not come. Instead, they had sent their party representatives.

While permitting the meet, the high court on Sunday, however, put some riders, stating that the crowd at the YMCA grounds should not be more than 8,000 and TESO was responsible for maintenance of law and order.

The Centre had done a U-turn on Saturday when it told the court that it had no objection to the word 'Eelam' (separate homeland) being used in the title of the meet.

Police had refused permission after the Centre and the Jayalalithaa government raised certain objections in the court on Friday, particularly to use of the word "Eelam" (separate homeland for Tamils) in the meet's title.

The Ministry of External Affairs in its communication to TESO placed before the court, however, changed its position on Saturday while asking the organisers to ensure the meet does not issue any declaration or outcome calling into question the sovereignty, territorial integrity and unity of any foreign country with whom India has diplomatic relations. 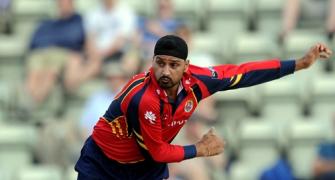