A 45-year-old man undergoing treatment after eating poison-laced ‘prasad’ at a temple in Karnataka died on Friday, taking the toll to 16 in the incident allegedly perpetrated by a seer over a turf war, an official said. 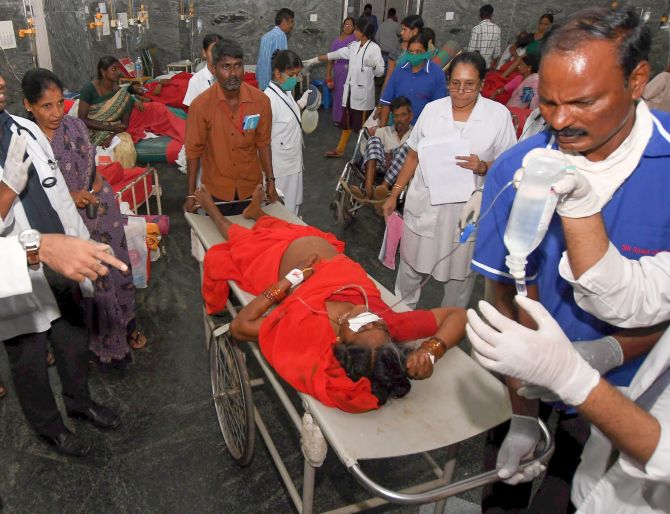 Police faced a surcharged atmosphere and were forced to retreat while taking the accused, including the seer, to various places as the residents of tragedy-hit Sulvadi village in Chamarajnagar district demanded that they be handed over to them to deliver “instant justice”, police sources said.

On December 14, 15 people had died and more than 100 others were hospitalised after consuming ‘prasad’ distributed at Maramma temple in Sulavadi village.

Police have so far arrested four persons, including Salur Math, seer Pattada Immadi Mahadeva Swami and his three accomplices, including a woman, on charges of murder, attempt to murder and criminal conspiracy.

Police claimed the 52-year-old seer and his accomplices had allegedly conspired and mixed a deadly pesticide in the ‘prasad’.

Police sources claimed the seer was unrepentant about his deed even after so many deaths and believed that people deserved it for sidelining him.

Police could not complete their mission of taking the accused to various places where the plot for killing the devotees was allegedly hatched.

Police sources said though 16 personnel accompanied the accused, the villagers started swarming around the four demanding that they be handed over to them.

Alarmed by the atmosphere, police abandoned the visit and returned in haste, the sources added. 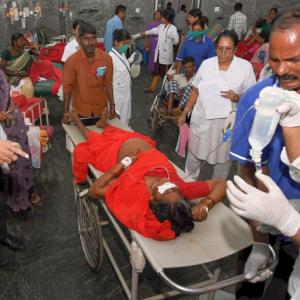 9 dead, 75 others ill after consuming 'prasad' in K'taka K'taka: Over dozen bottles of pesticide were poured in prasad that killed 15