'Karachi attack was to target Pak's economy and China'

The purpose of the attack on the Pakistan Stock Exchange was to simultaneously target the country's economy and China because of its involvement in Balochistan, the banned separatist group Balochistan Liberation Army has said while claiming the responsibility for the terror strike. 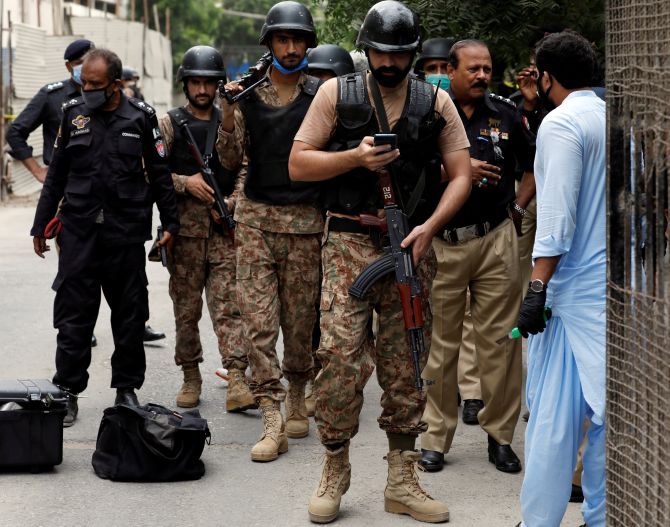 Four heavily armed militants on Monday made a brazen attempt to take over the Pakistan Stock Exchange building in Karachi, killing three security guards and a police officer before being shot dead by security forces.

The militants, who arrived in a car around 10 am, opened indiscriminate fire and lobbed grenades at the main gate of the multi-storey building situated in the city's high-security commercial hub as they tried to storm it.

Armed with automatic machine guns, grenades and explosives, they tried to enter into the compound leading to the PSX building through a parking lot but security forces foiled their attack within the compound itself.

After the attack, the BLA in emails to media outlets confirmed that its Majeed Brigade had carried out the strike.

It also posted pictures of the four militants.

In a message issued late Monday evening, the BLA said the purpose of the attack was to simultaneously target Pakistan's economy and China because of its involvement in Balochistan.

Chinese companies have large interests and investments in the Pakistan Stock Exchange.

The attack on PSX was the second such failed strike on a major installation in the city by the BLA. In November 2018, the BLA had claimed responsibility for an attack on the Chinese consulate in Karachi in which three of the attackers were killed while trying to enter the building.

According to security sources, BLA's Majeed Brigade was formed in 2011 and named after a guard of former prime minister Zulfiqar Ali Bhutto who tried to assassinate him but failed.

The security sources said the presence of the BLA Majeed Brigade in Afghanistan is well known.

"It is basically a suicide squad which has been tasked with targeting security forces, installations and Chinese interests in Pakistan," a source said.

The group has been responsible for a number of terror attacks in Balochistan, notably when they attacked a bus carrying Chinese engineers and workers near Dalbandin in August 2018. Last year, it carried out an attack on the Pearl Continental five star hotel in Gwadar. At least five people and three terrorists were killed in the attack.

After the hotel attack, the Majeed Brigade released a video warning the Chinese to leave the province, which is a major part of the China Pakistan Economic Corridor land route besides the Gwadar port.

Last month, the Majeed Brigade is understood to have carried out three attacks on security forces in the restive Balochistan province.

A senior official of the Sindh Counter Terrorism Department noted that while the Majeed Brigade was a deadly force in Baluchistan province, they didn't appear to be well equipped or trained to carry out attacks in urban areas.

"They don't seem drilled for attacks in urban areas/big cities," the official said, declining to be named. 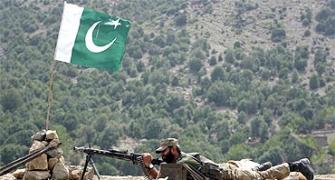 'Pakistan Army's focus on India will destroy it' 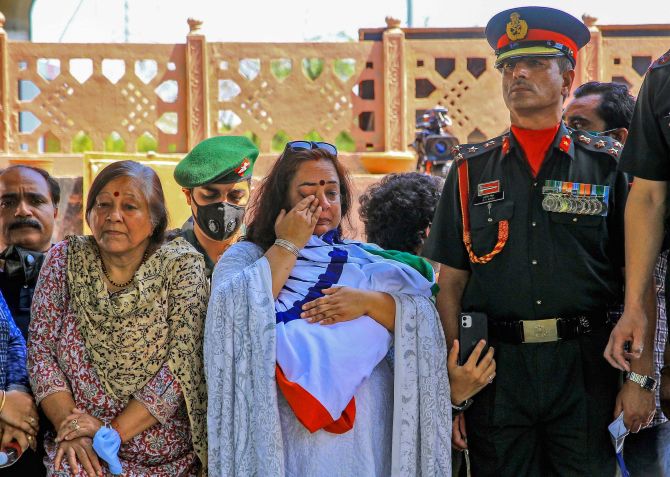