Justice Chandrachud bats for use of technology by judiciary

Supreme Court judge Justice DY Chandrachud, who has been asking lawyers to adopt technological interventions, on Tuesday said that he saw someone recording the court's proceedings on a cell phone and wondered "how can he do so", but then he realised this was not a big deal as nothing is confidential in an open court hearing. 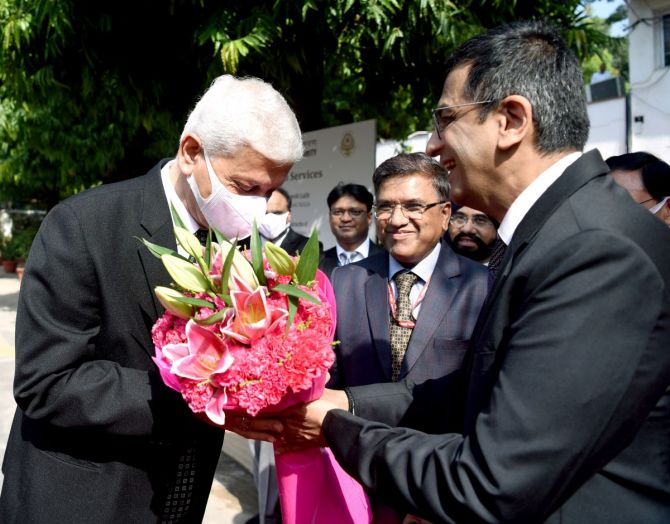 "Yesterday, I saw someone using a mobile phone, perhaps recording what we were saying during the proceedings. Initially, I thought, how can he record the proceedings? But then, my thought changed to what's the big deal in it? It's an open court hearing. Nothing is confidential here," Justice Chandrachud said.

He said that there has to be a changed mindset and instead of taking a traditional view, judges have to adopt a view of today's times.

Justice Chandrachud, however, said that one should refrain from recording the discussions of judges among themselves.

Justice Chandrachud is next-in-line to become the Chief Justice of India in November this year and is also the E-Committee chief of the Supreme Court.

He has been responsible for shifting the judiciary from Supreme Court to trial court level to virtual-hybrid mode proceedings, which enabled the judiciary to sail through the Covid-pandemic times when courts were closed for physical hearings.

A bench headed by Justice Chandrachud was hearing a case related to electricity tariffs and the rights of auction purchasers who purchase sick/closed industrial units.

It asked the lawyers to refer to the scanned soft copy of their compilations instead of bulky books.

The bench said that it has been providing lawyers the same scanned PDF copies of the compilation, which has been used by the judges to enable smooth functioning and use of fewer papers.

Senior advocate Vijay Hansaria, appearing for one of the parties in the matter, said that many high court judges and trial courts judges do not allow the use of mobile phones inside the courtrooms.

He said that during the Dussehra holidays, he would ask the Supreme Court Bar Association president for arranging a training session for advocates on the use of technology and handling of soft copies of judgements and compilations.

On July 31, Justice Chandrachud, while speaking at a valedictory ceremony of the first All India District Legal Service Authorities meet held at Vigyan Bhawan in New Delhi, said that the judicial institution has to give up resistance to adopting modern means of communication to reach out to the masses and earn the respect of the community at large, or else it will "lose the game".

While referring to tools like social media platforms, he has said that the courts have been "reticent" to modern means of communication.

He was of the view that judges and judiciary have to "shed their fear", whether it is about using platforms like Twitter and Telegram, which are now widely prevalent, or the live streaming of proceedings.

"There is a world of accountability at large and I think we can earn the respect of the community at large provided we adopt and come on the platforms which are so prevalent in society. The judicial system cannot be left behind if we are to be the harbinger of change," Justice Chandrachud had said. 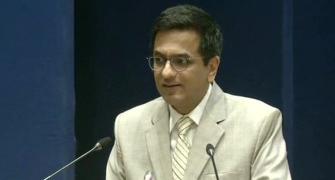 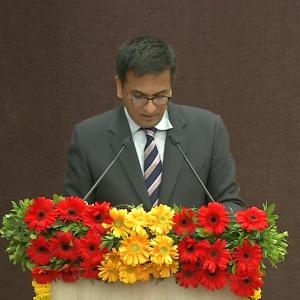