UP scribe dies after being shot by goons; Oppn slams govt

Two days after he was shot by assailants in front of his minor daughters, Ghaziabad-based journalist Vikram Joshi succumbed to injuries on Wednesday, while outrage mounted over the incident with the opposition slamming the Uttar Pradesh government on the law and order situation and media bodies demanding a judicial probe. 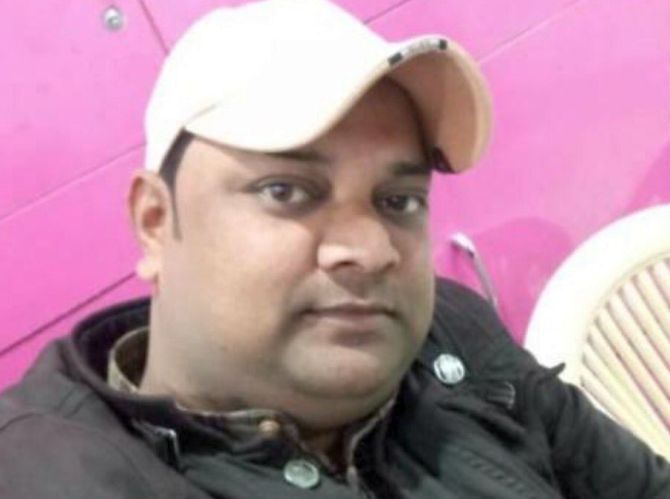 It is alleged that the attackers included a group of men against whom Joshi had filed a complaint on July 16 accusing them of harassing his niece after he had objected to their betting racket in the locality.

The journalist's family claimed that the police did not take action on his complaint.

Joshi, 35, who worked with a local Hindi daily, was waylaid and shot in the head at around 10.30 pm on Monday while he was returning home in Vijay Nagar area on a two-wheeler along with his two daughters, aged five and eleven years.

Senior Superintendent of Police Kalanidhi Naithani said nine accused were nabbed on Tuesday and Pratap Vihar police post in-charge Raghvendra Singh was suspended with immediate effect for dereliction of duty as he did not pay heed to the harassment complaint lodged by Joshi.

Among the arrested is Shahnoor alias Chhotu who was identified by the police as the man who had shot the journalist.

He is among the five accused who have a previous criminal history, police said.

Joshi was admitted to a private hospital where he died during treatment. He is survived by his wife, two daughters and mother.

"Yes, he (Vikram Joshi) is no more. He passed away around 4 am," a family member told PTI.

Uttar Pradesh Chief Minister Yogi Adityanath announced a financial assistance of Rs 10 lakh for Joshi's family, a job for his wife and free education for his children, an official spokesperson said in Lucknow.

The Bharatiya Janata Party government, which had faced flak on the law and order issue after the recent killing of eight policemen by Vikas Dubey gang, found itself cornered again with the opposition alleging that 'jungle raj' was prevailing in the state.

"It is an extremely sad incident but police have taken action. It will be ensured that the guilty get strict punishment and no one will be spared," UP minister Sidharth Nath Singh said.

Police have registered a first information report on the basis of a complaint by Vikram Joshi's brother Aniket, who alleged that the journalist was given a death threat by the accused.

Three suspects -- Ravi, Shahnoor alias Chhotu and Akash -- were named in the FIR, while some other unnamed people were also accused in the case.

Shahnoon and Akash have been arrested while Ravi is still absconding, the police said.

Joshi had filed the police complaint on July 16 that Ravi and his accomplices were harassing his niece, the SSP said.

On the same day, Joshi had been engaged in a scuffle with Ravi, Akash and Shahnoor after he raised objections to illegal betting done by them in Mata Colony area, Naithani said.

"Had the police acted on the complaint, my brother would have been saved," Joshi's sister Payel said.

She claimed that they had filed complaints with the police post in-charge and also with a senior officer.

The SSP said the accused are bookies and 'were operating in the area'.

"Ravi had received injuries in the incident (July 16) and from that day he was planning to take a revenge from Joshi," he said.

A purported CCTV footage of the attack on the journalist that has surfaced on social media purportedly shows Joshi's two-wheeler swerving and falling down before he is attacked by the armed group of men.

His daughters ran away to some distance, while the men caught hold of Joshi and started thrashing him. Suddenly, one of them opened fire and Joshi fell on the ground.

The accused fled the spot, while his elder daughter rushed back to him and sat next to him on the road crying for help, the purported footage showed.

The remaining seven arrested were identified as Mohit, Dalbir, Yogendra, Shaqir, two men who go by the same name of Abhishek, and another accused Akash (besides the one who was named in the FIR), the officials said.

Targeting the BJP government in UP, Rahul Gandhi tweeted: 'Journalist Vikram Joshi was killed for opposing the molestation of his niece. My condolences to the bereaved family. The promise was of giving 'Ram Raj', but gave 'Gundaraj'.'

'The chief minister should resign of his own accord if he is unable to control the rising crimes in UP,' the Congress said on its official Twitter handle.

The Samajwadi Party announced a financial help of Rs 2 lakh for Joshi's family and demanded that the state government provide Rs 25 lakh to the next of kin and bear all education expense of his children.

BSP chief Mayawati too took on the Adityanath government.

'The way heinous crimes like murder and those against women are continuing unabated, it is clear that instead of law and order, jungle raj is prevailing in UP.

'Crime virus of criminals is more active than coronavirus in UP. People are fed up and the government must address this issue,' she said on Twitter.

'An atmosphere of fear has has been created in the country. Voices being muzzled. Media not spared. Shocking,' Mamata Banerjee tweeted while condoling the death of the journalist.

The Press Association and the IWPC condemned the 'dastardly attack' on Joshi.

'We observe that attack on journalists, especially in Uttar Pradesh, is increasing in recent times. At the same time, no concrete action has been taken by the state government in many of the cases,' the Press Association and Indian Women's Press Corps (IWPC) said in a joint statement.

There should be a high-level judicial inquiry into this incident and past incidents of attack on journalists, they said.

"We demand that all the culprits in this case as well as in previous cases must be brought to book by launching a 'special operation' by the state government," they said.

They assured the family of full support, according to the officials. 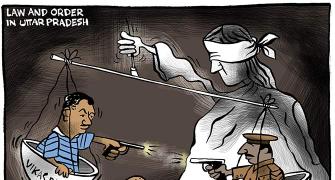 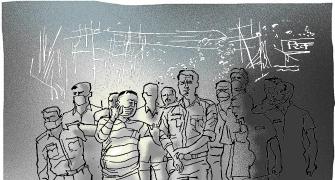 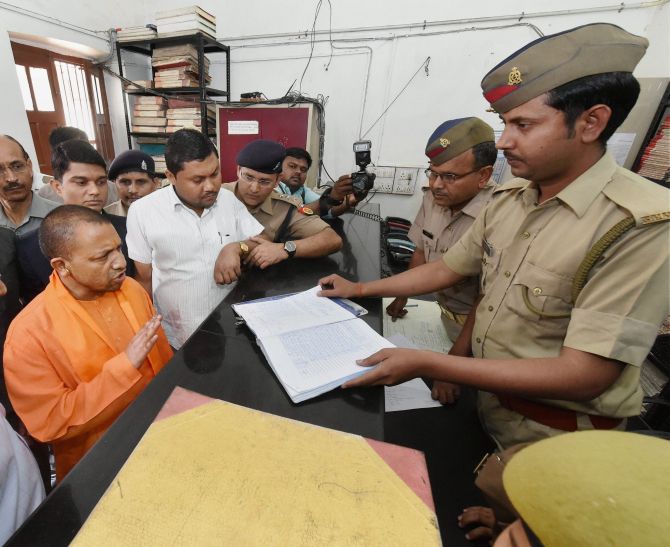