In a major breakthrough for Indian-Americans in United States politics, Joe Biden has picked Senator Kamala Harris as his running mate to woo the Black voters and the influential Indian diaspora who could play a key role in his bid to defeat Donald Trump in the presidential election. 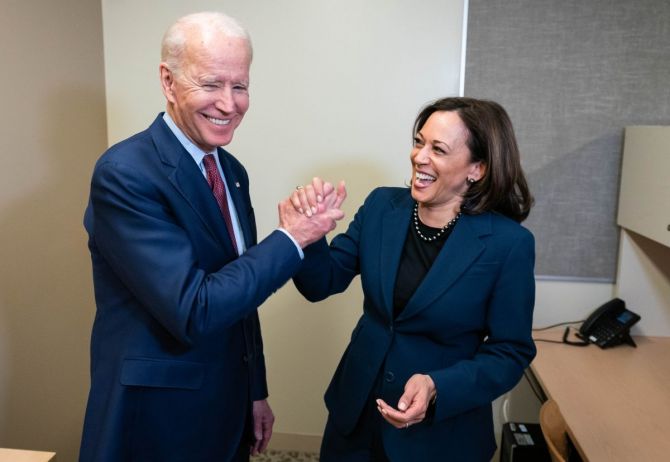 By naming the 55-year-old lawyer and moderate Democratic politician from California as his vice presidential candidate in the November 3 election, Biden made history by selecting the first Black woman to compete on a major party's presidential ticket.

Harris, whose father is from Jamaica and mother an Indian, is currently the Senator from California.

Biden, 77, made the announcement in a text message to his supporters on Tuesday, ending days of suspense. It came about a week ahead of his virtual Democratic National Convention that would formally nominate Biden as the party's candidate for the presidential election, challenging incumbent President Trump, a Republican.

"Joe Biden here. I've chosen Kamala Harris as my running mate. Together, with you, we're going to beat Trump. Add your name to welcome her to the team," Biden said in his message.

Biden said Harris will be the best partner for him to finally get the country back on track.

He described her as "a fearless fighter" and "one of the country's finest public servants".

Harris later tweeted that Biden "can unify the American people because he's spent his life fighting for us. And as president, he'll build an America that lives up to our ideals."

"I'm honoured to join him as our party's nominee for Vice President, and do what it takes to make him our Commander-in-Chief."

Former US president Barack Obama, who served in the White House with Biden for two terms, said he has known Harris for a long time.

"She is more than prepared for the job. She's spent her career defending our Constitution and fighting for folks who need a fair shake," the first Black-American president said.

Biden pledged in March to name a woman as his running mate. He had faced mounting pressure to pick a Black woman as the country was hit by massive social unrest over police brutality against African-Americans, a key voting bloc to the Democrats.

Like Obama, a mixed-race heritage has allowed Harris to connect across identities and reach multiple audiences and voting blocs, US media outlets reported.

Harris, based in California, a massive treasure trove of both Democratic votes and Democratic donors. She also emerged as an outspoken voice on race and the need for police reform following the death of George Floyd in May and the subsequent protests it sparked around the country.

Leading Indian-American groups across the US have lauded the selection of Harris, saying it was a moment of pride and celebration for the entire community in America.

An estimated 1.3 million Indian-Americans are expected to vote in the election, including nearly 200,000 in Pennsylvania and 125,000 in Michigan, both must-win battleground states.

In 2016, some 77 per cent of Indian-Americans voted for the Democratic Party's presidential candidate, Hillary Clinton, according to figures released by CRW Strategy, a research firm. Reacting to the nomination of Harris, US President Trump said he was "a little surprised that he picked her."

US Vice President Mike Pence, the running mate of Trump, during a speech in Arizona acknowledged Harris.

"I don't know if you all heard the news, but on the way here I heard Joe Biden just named his running mate, California Senator Kamala Harris," Pence said. "So let me take this opportunity to welcome her to the race."

The Trump campaign said the choice of running mate was proof that Biden is "an empty shell being filled with the extreme agenda of the radicals on the left".

Only two other women have been nominated as vice-presidential candidates -- Sarah Palin by the Republicans in 2008 and Geraldine Ferraro by the Democrats in 1984. Neither made it to the White House.

A first term Democratic Senator from California, Harris had launched her presidential campaign in January 2019.

Early this year, she endorsed Biden for presidency. But during the primaries and pre-primary season, she did not have a good relationship with him.

Biden started appreciating her skills. Harris raised millions of dollars for his campaign.

Harris is known for many firsts. She has been a county district attorney; the district attorney for San Francisco -- the first woman and first African-American and Indian-origin to be elected to the position.

Harris held the first event of her 2020 presidential campaign in Washington from the campus of Howard University, from which Harris earned an undergraduate degree in 1986.

While she supports broader immigration overhaul legislation, she also contends that the deferred action for immigration enforcement against some immigrants could be substantially expanded even without congressional action.

During her presidential bid, she advocated for a proposal to direct the Department of Homeland Security to provide retroactive work authorisation for immigrants who came to the US as children often referred to as Dreamers.

Harris was born in Oakland and grew up in Berkeley. After her parents divorced, she spent her high school years living in French-speaking Canada, her mother was teaching at McGill University in Montreal.

In 2010, Harris became the first Black woman to be elected as California's Attorney General, overseeing the country's second largest Justice Department, only behind the US Department of Justice. 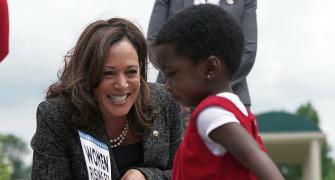 'Female Obama' Kamala Harris planning to run for US presidency 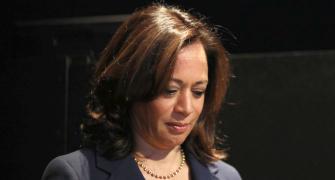 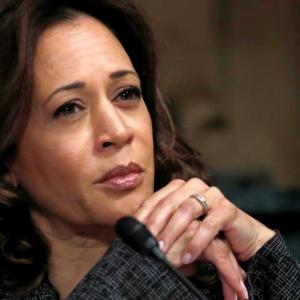