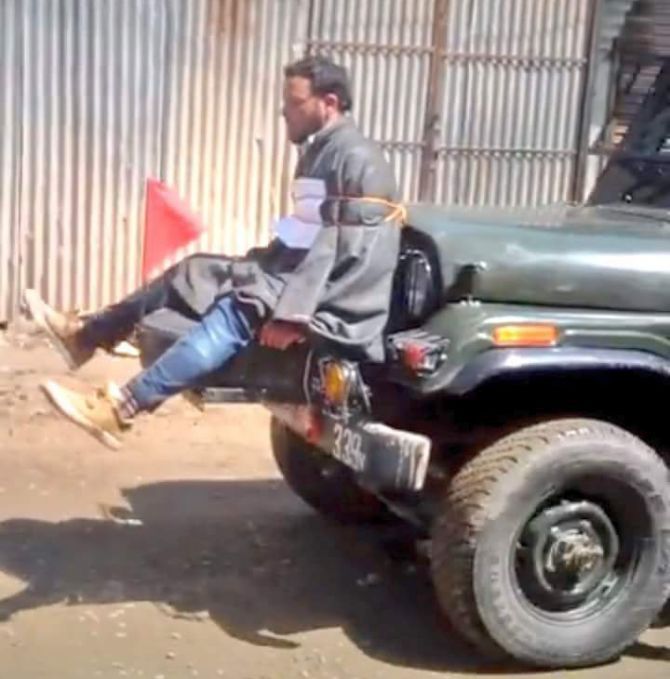 A video in which a youth was allegedly tied to an army jeep as a human shield against stone pelting has gone viral on social media, leading to an outrage with former chief minister Omar Abdullah terming it as "shocking".

The video was reportedly shot in Beerwah area of Budgam district where miscreants disrupted polling during Sunday's bypoll to Srinagar Lok Sabha constituency by pelting stones. It is being widely shared on social networks in Kashmir and drawing condemnation.

The army said it is investigating the video.

"In reference to the video showing a young man tied to an army jeep, the contents of the video are being verified and investigated," a defence spokesman said.

"This young man was TIED to the front of an army jeep to make sure no stones were thrown at the jeep? This is just so shocking!" Omar wrote on Twitter.

Omar, who represents Beerwah seat in the state assembly, said while he understands the outrage generated across the country by a video in which CRPF personnel was heckled by protestors, he is outraged that the video of youth tied to jeep is not generating same anger.

"I understand the outrage the CRPF video generated. I'm also outraged that the video of the youth on the jeep won't generate the same anger.

"Let's see channels going ballistic and having discussions with outraged panelists now. Probably not since 'Kashmir is ours' hell with Kashmiris," the former chief minister said.

Omar demanded an inquiry into the incident.

"A warning can be heard saying stone pelters will meet this fate. This requires an urgent inquiry and follow up NOW!" he added. 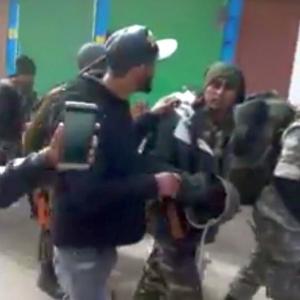