The draft report of the Delimitation Commission for Jammu and Kashmir, which has agreed to restore two assembly seats but ignored objections on other issues from political parties, was placed in the public domain on Monday for suggestions till March 21 following which the panel will visit the union territory for public hearing. 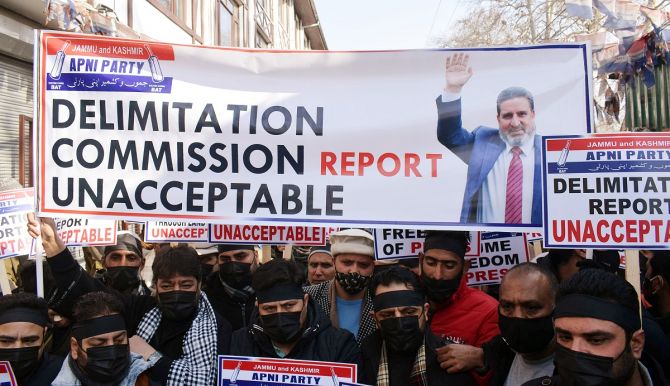 IMAGE: Jammu and Kashmir Apni Party supporters holding placards and a banner stage a silent protest against the draft recommendations by the Delimitation Commission, in Srinagar, December 21, 2021. Photograph: ANI Photo

The report published in the gazettes of India appeared in local newspapers on Monday and showed that Habba Kadal seat in Kashmir division and Suchetgarh seat in Jammu province had been restored.

The Bharatiya Janata Party's Jammu and Kashmir unit had objected to the first draft report, presented to associate members in December, that had proposed scrapping of the seats.

The panel's report had come for sharp criticism, especially from the valley-based political parties including those who are friendly to the BJP, after it had recommended an increase of six seats in Jammu province and one in Kashmir besides annexing Rajouri and Poonch areas in Jammu province with South Kashmir's Anantnag parliamentary seat.

Though the dissent report from Associate members from the BJP does not mention this, it may be mentioned here that all Suchetgarh office bearers including council members had resigned en masse after the report was leaked. They were assured by party leaders that it would be taken up with the panel.

Similarly, there was disquiet about the proposed merging of Habba Kadal seat in Srinagar district with three different assembly seats.

This seat has a considerable number of Kashmiri Pandit voters, who had migrated to Jammu and other areas.

The same has been restored in the draft proposal put in the public domain by the commission.

The commission published the proposal, maintaining the number of Lok Sabha constituencies at five but increasing the assembly seats from the present 83 to 90 (adding six in Jammu and one in Kashmir).

Union Minister Jitendra Singh is the fifth associate member of the commission.

Set up on March 6, 2020, with a one-year term to redraw Lok Sabha and assembly constituencies, the commission headed by former supreme court judge Ranjana Prakash Desai has been given two extensions of one year and two months, respectively, to complete its task.

However, its draft proposals had evoked a strong reaction, especially from the opposition parties including the National Conference whose dissent note pertained to different assembly constituencies besides challenging the very constitution of the panel pending the Supreme Court verdict on the Jammu and Kashmir Reorganization Act.

"...the present delimitation exercise, it is painful to point out, is neither in tune with the Constitution nor in consonance with law. The criteria, be it allocation of 7 increased Assembly constituencies or delimiting the constituencies and drawing boundaries of the constituencies is arbitrarily fixed and selectively applied," the NC had said about the panel's report.

The NC had said that delimitation exercise has to be conducted in a manner that the maximum population should be represented.

"However, be it the allocation of additional seats or delimiting of the Assembly constituencies these principles have been very conveniently ignored", it claimed.

Opposing the annexing of Poonch and Rajouri areas in Anantnag seat, the NC said such a proposal "may be without a parallel in the history.

Nowhere in such an exercise, two geographically different regions separated by one of the highest mountain ranges inaccessible for most of the year must have been ever joined to form one constituency ignoring fundamental principles of contiguity, connectivity, convenience and compact area as required under law."

Notwithstanding the opposition, the notification said "...the Delimitation Commission hereby publishes its proposals for the delimitation of Parliamentary and Assembly Constituencies in the Union Territory of Jammu and Kashmir, together with the dissenting proposals of the Associate Members, and specifies 21st March 2022 (Monday) as the date on or after which the proposals will be further considered by it."

The advertisement signed by secretary K N Bhar said any objections or suggestions on these proposals should reach the secretary, Delimitation Commission, New Delhi, on or before March 21 following which the commission will visit Jammu and Kashmir on March 28 and 29 for public sittings.

It said Jammu and Kashmir will have a 90-seat Assembly (43 in Jammu and 47 in Kashmir) and, of them, seven segments will be reserved for SCs and nine for STs.

Nine seats reserved for STs include Rajouri, Darhal and Thanna Mandi, all in Rajouri district, Surankote and Mendhar in Poonch district and Mahore in Reasi district (Jammu region); Gurez in Bandipora district, Kangan in Ganderbal district and Kokernag in Anantnag district (Kashmir division).

While splitting Jammu and Kashmir into two Union Territories through the Reorganisation Act in August 2019, the Union home ministry had increased Assembly seats of Jammu and Kashmir by seven taking total seats to 114, 24 of which are reserved for Pakistan-occupied Jammu and Kashmir while the election will be held for 90 seats.

The erstwhile State of Jammu and Kashmir had 111 seats including 24 reserved for PoJK while elections were held for 87 seats. With the creation of Ladakh as Union Territory, four seats of the region were reduced and the Assembly was left with 83 seats.

Delimitation of the assembly constituencies was last held in 1994-95 during the President's Rule when seats of the erstwhile State Assembly were raised from 76 to 87. 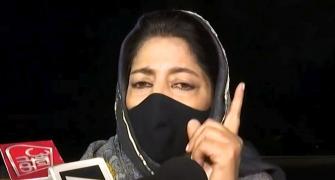 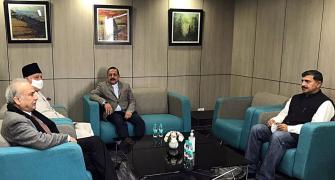 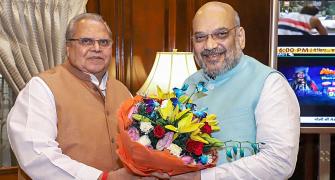 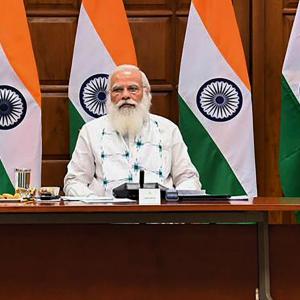