News
Business
Movies
Sports
Cricket
Get Ahead
Money Tips
Shopping
Sign in  |  Create a Rediffmail account
Rediff.com  » News » JD-S should be ready for polls at any time: HDK's son to cadres

JD-S should be ready for polls at any time: HDK's son to cadres 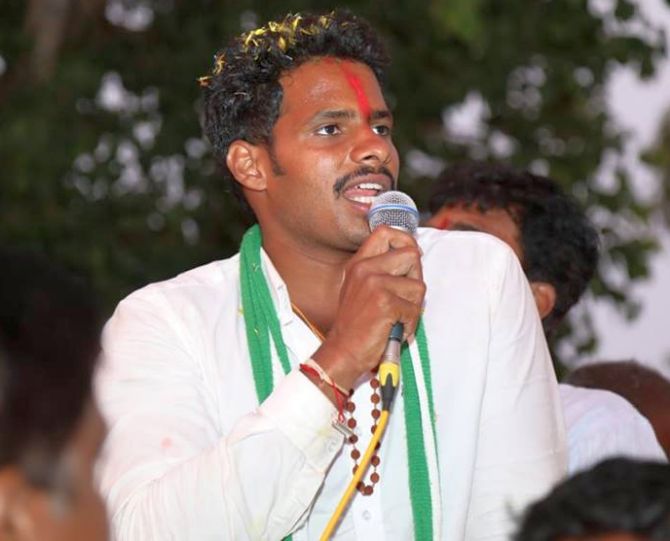 In the video that has gone viral on social media, he is heard telling his partymen that the elections may come anytime, be it next year or after two or three years.

"We need to start now only. We should not say we will do it later. We have to prepare from the next month onwards. We do not know when it (election) comes, next year, after two years or three years. JD-S leaders should be ready," Nikhil says in the video.

Nikhil, who lost the recent Lok Sabha poll from Mandya to Bharatiya Janata Party-backed independent candidate Sumalatha Ambareesh in a fiercely fought contest, however, said there was no threat to the government and his father will complete the tenure.

"There is no problem to the government. It will complete (its tenure). You get tensed due to reports in media. It is not like that. We know what is there inside (the government). Kumaranna (Kumaraswamy) will run (the government) for the next four years too," he said.

Nikhil's statement comes close on the heels of A H Vishwanath's resignation as state JD-S chief after owning "moral responsibility" for the party's debacle in the Lok Sabha polls and flaying the functioning of the coalition
government.

The Congress is also in turmoil with miffed "sidelined" senior leaders openly slamming the party's state leadership over the poll debacle and functioning of the coalition.

The coalition partners could win only one seat each from Bengaluru Rural and Hassan, with BJP capturing 25 of the 28 seats in the state. 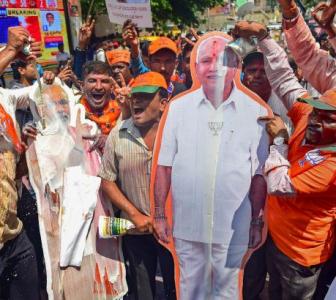 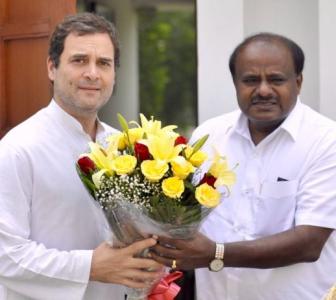