Dismissing a media report on "non-notified" troop movement by army, the government has informed Rajya Sabha that the exercise was undertaken for training purpose aimed at refining mobilisation drills and preparedness of the force.

In a written reply to the Upper House on Wednesday, Defence Minister A K Antony said, "The movement was purely for training purpose aimed at refining the mobilisation drills and ensuring operational preparedness of the Army despite adverse weather condition."

According to a newspaper report, the central intelligence agencies reported that on the night of January 16, there was an unexpected and non-notified movement by key military   unit around Delhi in the direction of the capital.

Stating that no such report was received by the defence ministry with regard to such troop movement, Antony said, "On January 16, one of the units of Para brigade carried out

mobilisation to practice mounting from an alternate airfield other than Agra during fogged out condition."

Similar exercise was carried out by 33 Armoured Division where a mechanised infantry battalion was mobilised towards Bahadurgarh to validate its loading, movement and occupation of a harbour in poor visibility condition, the defence minister said.

"Having validated their mobilisation drills, both the columns moved back subsequently. There was no report received in the defence ministry from intelligences agencies on 16/17 January with regard to such troop movements," he said.
PTI
Source: PTI© Copyright 2022 PTI. All rights reserved. Republication or redistribution of PTI content, including by framing or similar means, is expressly prohibited without the prior written consent.
Related News: K Antony, Rajya Sabha, Upper House, Army, Para
Print this article
PM meets civil, military leadership ahead of Afghan talks 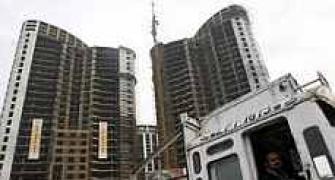