Despite claims made by senior police officials of the Delhi police that they would be able to catch the culprits of Sunday's shooting incident near gate number 3 of Jama Masjid in which two foreign tourists were injured, sources in the intelligence agencies feel it would take sometime before a break through is achieved.

The shooting incident has sent shivers amongst the Commonwealth Games officials in United Kingdom and Australia, forcing their respective foreign ministries to issue directives to their citizens to maintain vigil and keep away from crowded places including the various Games stadiums.

With barely thirteen days to go before foreign participants start arriving in the capital to take part in the Games, the alleged complacency by the Delhi police security officials has become a source of embarrassment for the police organization.

Home Minister P Chidambaram, who on Monday will be leading an all party delegation to Kashmir Valley to give a boost to the sagging morale of the people and administration, had directed Delhi Police chief Y S Dadwal to speed up the investigations and nab the culprits as soon as possible.

First the Queen of England, who normally inaugurates the Common Wealth Games, chose to stay away from New Delhi and instead deputed Prince Charles to be present at the Opening Ceremony. Now Austrlian swimming legend Dawn Fraser has given a call to the Australian athletes to stay away from the Commonwealth Games.

Meanwhile, Rajan Bhagat, Delhi Police Public Relations officer, told rediff.com on Monday morning, "We have put the entire police force comprising of 80,000 officers and jawans on the security alert and would resort to stiff checking by putting up barricades throughout the capital. We have additional 50 companies of Rashtriya Rifles and army commandos for a helping hand to our police personnel. The Games would go on and we would provide adequate security cover to all the participant nations. There should be no cause to worry."

"We have deputed police forces in every nook and corner of the city," he added.

He confirmed that special cell has detained a number of persons for questioning on Sunday's shooting incidents in which two Taiwanese tourists were injured within minutes of parking of the tourist bus in the Jama Masjid area.

Dr Lalit Bhanot, who is the official spokesperson for the Commonwealth Games, told rediff.com that they are in touch with the Delhi police on this issue.

"We are in touch with the top brass of Delhi police and they have assured us of full security cover for the participating athletes," Dr Bhanot said.

Suresh Kalmadi, chairman of Commonwealth Games Organising committee, has called a special meeting at the Olympic Bhavan to take stock of the situation later on Monday. 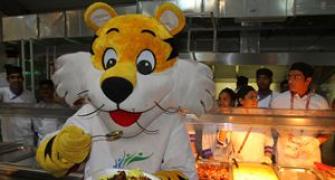 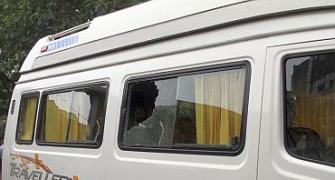 Our people are bleeding and you will too: IM