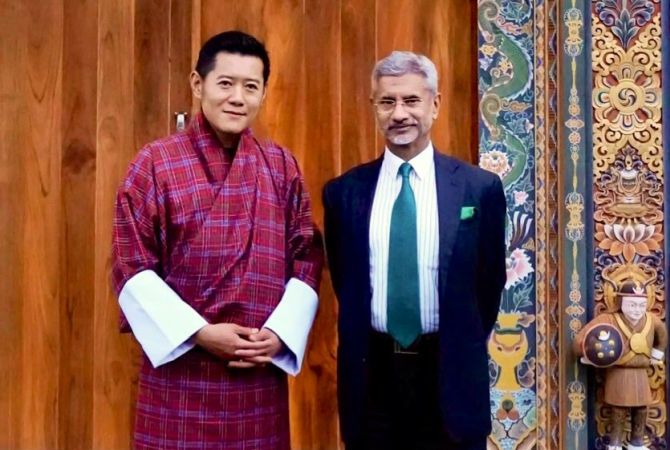 Jaishankar, who assumed charge on May 30, arrived for a day-long visit to Bhutan on Friday during his first overseas trip to the country after assuming charge of the ministry.

'Honoured to have had an audience with His Majesty Jigme Khesar Namgyel Wangchuck. The special friendship between India and Bhutan has always benefited from the enlightened guidance of the Druk Gyalpos (the head of state of Bhutan),' Jaishankar tweeted Friday.

'It was a privilege to also meet Her Majesty the ever gracious Gyaltsuen, and especially delightful to interact with the Druk Gyalsey!' he tweeted.

He also held talks with his Bhutanese counterpart Tandi Dorji and discussed issues of mutual interest with emphasis on development partnership and hydro-power.

On Saturday, Jaishankar left for home.

'After a day-long visit to the Kingdom of Bhutan, EAM @DrSJaishankar is seen-off by @FMBhutan Tandi Dorji. The visit has brought the countries even closer and highlighted India's adherence to the Neighbourhood First policy,' External Affairs Ministry spokesperson Raveesh Kumar tweeted Saturday.

Bhutan has been a close ally of India and bilateral ties between the two countries are on an upswing in the last few years. 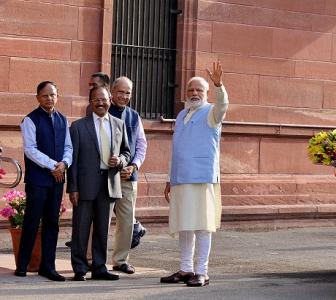 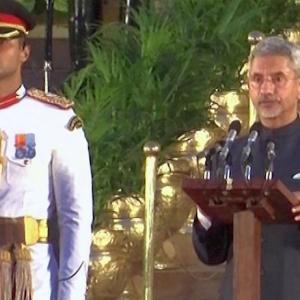