In the seventh edition of Jaipur Literature Festival, not only there would be writers to discuss topics ranging from economics to food, politics to fiction and everything else in between but there would be a smartphone app for new age art and literature lovers while 240 speakers will comprises writers of 20 languages.

The free and open to all festival, is scheduled to take place from January 17-21. Besides an increased capacity this year, the festival site will also include a new venue dedicated to children and young people, called the Ford Samvaad.

The five days festival will see over 240 speakers attend the annual event, including the two Nobel laureates, Amartya Sen and Harold Varmus, and will represent 14 Indian languages.

The JLF Music Stage, running every night during the five days event will also have from Sufi to Soul, including Karsh Kale, Kiran Ahluwalia, Midival Punditz and Rajasthani musicians and dancers, who will share the stage with Grammy Award-winning band Tinariwen.

There would be an outreach programme, which will promote the habit of reading amongst young people within the region, offering visitors to free access to the acclaimed visiting authors.

The 2014 Festival will also be more paperless than ever with the launch of a new, free festival app available on Android and iOS. This app allows festival goers to download the programme straight to their smartphone, thus reducing the use of paper on site. One can search ‘JLF’ on the App Store or on Google Play to download the free app.

Because of all these, organisers are expecting over 200,000 footfalls this year.

Namita Gokhale, author and fest co-director said, “Every year, come January, the lawns of the Diggi Palace overflow with readers and writers and book lovers, as the world visits Jaipur, and Jaipur visits the world.

"The Jaipur Literature Festival is a unique celebration of writing that has grown into something bigger and more wonderful than anything we could ever have hoped when we first conceived it nearly a decade ago,” reacted, another co-director William Dalrymple.

Sanjoy K Roy, producer of the festival, added, “Once again, the ZEE Jaipur Literature Festival has brought a wealth of literary talent to the city. With increased capacity and space both at DiggiPalace and at Clarks Amer, we are thrilled to be able to make the festival free and open to all.” 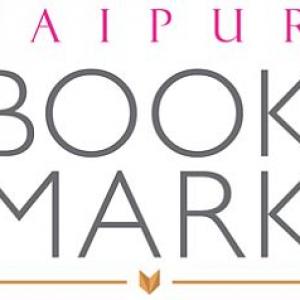