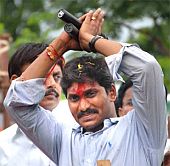 Amid a stand-off with Congress leadership, rebel Andhra Pradesh MP Y S Jaganmohan Reddy on Monday resigned from his Lok Sabha seat and announced his decision to quit the party alleging that the Congress "humiliated" his family and tried to drive a "wedge" in it.

In a five-page 'open letter' to Congress president Sonia Gandhi released on Monday morning, the MP also said his mother Vijayamma, who is an MLA from Pulivendula constituency, would also quit her post and the party.

Vijayamma was elected to the state assembly late last year in a bye-election following the death of her husband in a chopper crash on September 2, 2009.

The young leader had been sulking for over a year as the Congress refused to concede his demand for making him Andhra Pradesh chief minister after his father's death.

He defied the party high command's directives and went ahead with his controversial 'Odarpu Yatra' in six districts on the premise of consoling families whose members died either of shock or committed suicide in the aftermath of YSR's death.

In reality, however, Jagan utilised the tours to promote himself as the "true political successor" to YSR and project that he alone was the beacon for Congress in Andhra Pradesh, political observers say.

His resignation comes a fortnight after the Sakshi television channel owned by him launched an attack against Sonia Gandhi, Prime Minister Manmohan Singh and the Congress.

The party had expressed strong disapproval of the TV programme but no action was taken against him.

Jagan said, "I am writing this letter with a heavy heart and a deep sense of agony. For the past 14 months, I have been enduring several insults... (and) a bizarre and malicious propaganda against me and my family."

The belligerent MP, in his letter, also accused the Congress leadership of trying to drive a "wedge" in his family by offering to make his uncle Y S Vivekananda Reddy, a member of the state Legislative Council, a minister in the Kiran Kumar Reddy government in Andhra Pradesh.

"They tried to brand me as being anti-party and drive me out of Congress. They tried to show the news stories telecast on Congress and its leadership with a magnifying lens so as to throw me out of the party," he said.

Pointing out that Praja Rajyam Party president K Chiranjeevi was given Sonia Gandhi's appointment within a day, he lamented that his mother was denied the same for a month.

Talking to mediapersons at Jagan's residence in Hyderabad, his uncle and Kadapa Mayor P Ravindranath Reddy said Jagan has asked the MLAs loyal to him not to quit their posts.

He said Jagan would take a decision on his future course of action as per the wishes of the people. P Srikant Reddy, an MLA from Kadapa district and a strong supporter of the rebel MP, said, "Jagan does not intend to destabilise the (AP) government and he has told the MLAs not to resign." The young leader also said his supporters were being "sidelined and humiliated" in the party.

After his father died in a chopper crash in September 2009, over 140 MLAs supported Jagan's candidature as chief minister. But, now only 20-25 MLAs are said to be with him.

However, even this number is enough to topple the Congress government, observers feel. The Congress has already sought the support of 18-member Praja Rajyam Party led by film star Chiranjeevi.

Jagan's supporters gathered at his residence in Banjara Hills in Hyderabad and burst crackers welcoming his decision. Hailing his leadership, some of them raised slogans against the Congress president. Jagan came out for a while to acknowledge the cheers from his supporters. 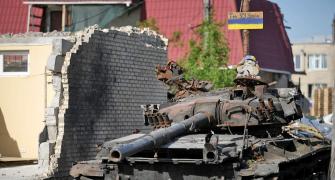 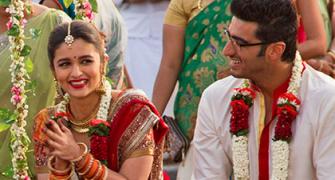 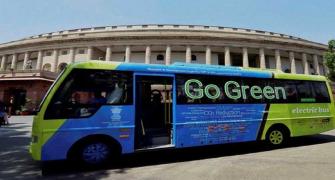 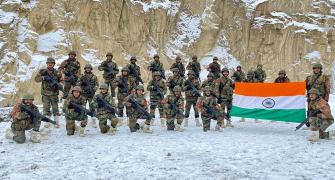 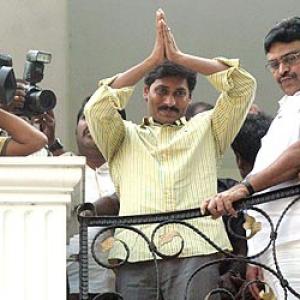