Jagan was brought to CBI office at 10.30 am amid tight security and after nearly six hours of grilling, he was sent back to Chanchalguda prison, sources said.

Though CBI officials are tightlipped about the points on which the son of late chief minister Y S Rajasekhara Reddy was examined, sources indicated that he was quizzed regarding the flow of funds from foreign countries into his businesses.

Jagan, who was arrested by CBI on May 27 in a disproportionate assets case, is under judicial remand till June 11 and lodged at Chanchalguda jail.

The high court had on Friday allowed the CBI to take custody of Jagan till June 10, directing the agency to question him between 10.30 am to 5 pm, in the presence of his lawyers.

The CBI said it sought Jagan's custody as it wanted to confront him over the facts emerging out of the investigation into the Vodarevu and Nizampatnam Port and Industrial Corridor (VANPIC) project.

The agency also informed the court that the accused did not cooperate with the investigators during his five-day custody that ended on June 7.

The CBI also wanted to verify investments to the tune of Rs 850 crore made in Jagan's businesses as part of alleged quid-pro-quo transactions. 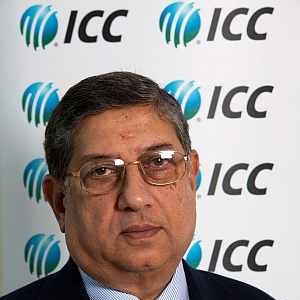