News
Business
Movies
Sports
Cricket
Get Ahead
Money Tips
Shopping
Sign in  |  Create a Rediffmail account
Rediff.com  » News » It is the victory of hope and optimism: BJP

It is the victory of hope and optimism: BJP

Bharatiya Janata Party leader Arun Jaitley on Wednesday congratulated the people of Bihar for rejecting dynasty politics and voting for the development work undertaken by the coalition government of BJP and Janata Dal  United.

"Nitishji and Sushil Kumar Modi have provided the kind of leadership the people of Bihar deserved. Last time, when we won the elections, there were critics who said that we have won because of negative votes against the Rashtriya Janata Dal government. But the results now prove that it is a positive vote and the people have reaffirmed their faith in the leadership of Nitish Kumar," he said.

Jaitley said the election results have showed that the politics of Bihar has changed and that 'charisma or family' does not win elections, in an obvious attack on Rahstriya Janata Dal chief Lalu Prasad and Rahul Gandhi, who had campaigned extensively for the Congress.

"A few things have stood out. People wanted a repeat of the government under Kumar's leadership, which indicates that it is a victory of hope over fear and optimism over despair," he said.

"It has changed the political agenda of Bihar. People look forward to the government. It is a vote for the future of Bihar. I don't think our principal opponents were able to understand and read the script that Bihar has changed. The National Democratic Alliance ran a government with maturity and integrity," he said.

When a journalist asked if Gujarat Chief Minister Narendra Modi would be invited to the swearing-in of the new government, Jaitley retorted that it was not a proper time to answer the question. Modi had been advised by the party top brass to stay away during the campaigning for assembly polls.

To celebrate the victory, BJP leaders distributed sweets to journalists and party workers burst firecrackers at the party headquarters in New Delhi.

Describing the victory in Bihar as 'unprecedented', Bharatiya Janata Party leader Sushma Swaraj said the election results indicated that only those governments, which work for development, will survive.

She noted that BJP's tally in Bihar has substantially gone up to 85 seats from the earlier tally of 55 seats.

The Leader of Opposition in Lok Sabha wondered where the Congress 'magic' has gone.

"The message of the Bihar election is that the governments which work for people, which ensure development, will only be able to come back to power," she said.

She complimented Nitish Kumar and Sushil Modi for providing the state with good governance which resulted in the NDA coming back to power for a second consecutive term.

Swaraj said now people across the country will crave for better governance as provided by the NDA government in Bihar. 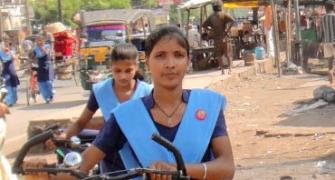 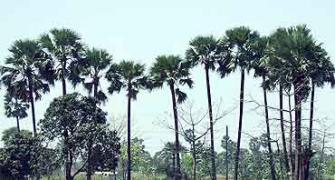 The Return of India's Lost State 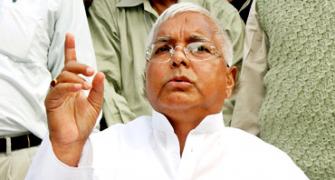 All credit to Nitish for his success: Congress 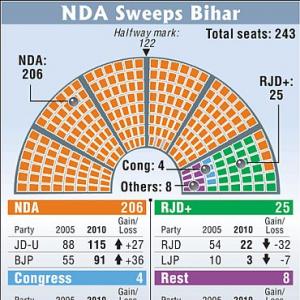 JD-U-BJP all set for landslide victory in Bihar