Source: PTI
November 21, 2011 21:06 IST
In a blow to the Narendra Modi government, the Gujarat high court-appointed Special Investigation Team on Monday concluded that the controversial police encounter with college girl Ishrat Jehan and three others was fake as they were killed prior to the incident. Following the finding by SIT, the high court will pass a final order on Wednesday whether to file a fresh first investigation report to include the murder charge.

The SIT found that the four, alleged to be terror outfit Lashkar-e-Tayiba operatives with a mission to eliminate Modi, were not killed at the time, place and manner stated in the police FIR filed after the encounter near Ahmedabad on June 15, 2004.

The conclusion by SIT that the encounter was not genuine was contained in its report submitted to the division bench of Justice Jayant Patel and Justice Abhilasha Kumari. The court initially said a fresh FIR under section 302 IPC (murder) was required to be filed as the nature of offence had changed completely. However, later after hearing the state government which opposed filing of fresh FIR and petitioners who were in favour of fresh FIR, the court decided to pronounce its final order on Wednesday.

Nineteen-year-old Ishrat along with three others -- Javed Sheikh alias Pranesh Pillai, Amjad Ali Rana and Zeeshan Johar -- were killed during an encounter with the police of Ahmedabad crime branch. "The probe agency would need to find out who played the key role in the encounter, what was the motive and what was the actual time of the death of the four people," the court said.

Those accused in the case include then JCP (crime branch) P P Pande, suspended DIG D G Vanzara, then ACP G L Singhal and ACP N K Amin --all IPS officers. There were total of 21 policemen, including the IPS officers, involved in the encounter.

Vanzara and Amin are also accused in the Soharabuddin Sheikh fake encounter case and murder of Sheikh's wife Kausar Bi and are presently behind bars. "Someone in Gujarat police has killed Ishrat and three others. There will be a murder FIR now," said Vrinda Grover, cousnel for the Ishrat family.

The high court earlier ordered that a separate FIR under section 302 (punishment for murder) should be filed in the police station concerned against those police officers who were involved in the encounter. The court while appreciating SIT chief R R Verma and his team's efforts announced in the court that the conclusion of the investigation was unanimous. After SIT's constitution on August 12, 2010, there were some difference of opinion between SIT members especially Satish Verma and Mohan Jha.

The court refrained from disclosing more details of the SIT report, which was submitted in a sealed cover, saying that it could affect the probe that would begin after this. Justice Patel was of the opinion that either the present SIT or the CBI or the NIA would take up the investigation in the case. However, two of the SIT members including Verma and Jha were of the opinion that the probe be handed over to another independent agency -- state or central.

Verma also wanted to be relieved as SIT chief, saying his task of finding out the genuineness of the encounter was over. He listed some problems while pressing to be relieved.

Advocate General Kamal Trivedi opined that the probe should be given to state police. His second choice was the National Investigation Agency. He also opposed the filing of the fresh FIR in the case. One of the petitioner and Ishrat's mother Shamima Kausar's advocate I H Sayed wanted the present SIT to probe the case, which could be supervised by the high court.

"I want my daughter back. Thats all," said a weeping Shamima. Javed Sheikh's father Gopinath Pillai said his stand has been vindicated and that all along he knew the four victims were tortured and done to death.

A judicial inquiry report by metropolitan magistrate S P Tamang submitted on September 7, 2009 in the encounter case had also said that the shootout was fake and executed in cold blood by the police officials for their benefit. 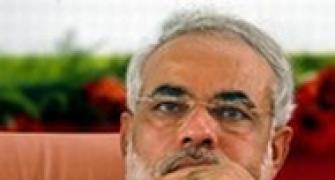