News
Business
Movies
Sports
Cricket
Get Ahead
Money Tips
Shopping
Sign in  |  Create a Rediffmail account
Rediff.com  » News » Intolerance has been around for decades: Tom Alter 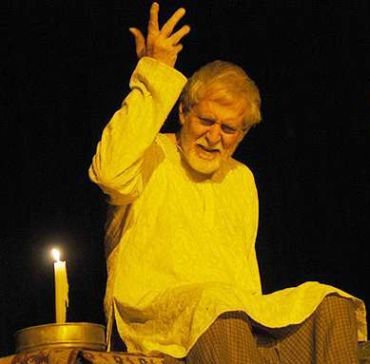 'Intolerance is in our blood. Every person has some level of intolerance. One can’t get rid of it, but one has to check and control it for the sake of a peaceful society and country,' says actor Tam Alter.

Alter, originally a teacher in Mussoorie, Uttarakhand, got attracted to Bollywood in the late '60s inspired by the late Rajesh Khanna, and began his film career in the early '70s with Charas starring Dharmendra and Hema Malini, followed by Nasir Hussain's Hum Kisi se Kam Nahin, Des Pardes, Kranti etc.

Alter, who was in Patna for a play, spoke to M I Khan about the protests against rising intolerance in India.

You are known as the 'angrez' among Bollywood lovers across the country. What does it mean to you?

I was never a foreigner; I am a pucca Hindustani like you. Yes, my skin is white, but I am a pure Indian. It is hardly surprising I have been working in the film industry for the last 42 years.

How do you see the hue and cry over the growing intolerance in the country?

There is nothing new in it. Intolerance has been around in the country for decades. My drama Babur ki Aulad was banned before Prime Minister Narendra Modi came to power. Another drama by Nadira Babbar on the late M F Husain faced a similar fate.

Mahatma Gandhi was killed soon after the country was freed from the British. Is that an example of a tolerant India? We killed Gandhi in five-and-a-half months after we got our Independence. If we could kill Gandhi, anyone could be targetted for no fault.

So the challenge for artists has increased?

The challenge remains the same for an artist whether the government is led by Modi or any other party.

Are you saying there is no need to raise one's voice against intolerance?

But this is the first time a person who has nothing to do with a United India has become the prime minister, where everyone can enjoy equality, freedom and a sense of security. It is a difficult task.

What is your view on intolerance or, for that matter, tolerance?

Look, intolerance is in our blood. Every person has some level of intolerance. One can’t get rid of it, but one has to check and control it for the sake of a peaceful society and country.

Some people are blaming the Modi-led government for it.

No, one government should not be blamed for it alone. This is a reflection of an old situation. How can we blame the Modi-led government for it when we have elected it?

What happened in Bihar was a reflection of the people's wish. People have given a mandate according to their choice. It is a big lesson for all to not force anyone to follow them or impose anything.

The Bihar poll outcome is a tremendous reply against hate and intolerance. It shows that there is no need to deliver hate speeches. It sets an example for all the leaders to work for development.

Biharis have given me a fresh hope that India's dream will live.

Do you have a dream project?

I directed my dream project in Mussourie -- Ek Fursat-e-Gunah.

You have portrayed Abul Kalam Azad and Mahatma Gandhi in your plays; is there any character you want to play in the future? 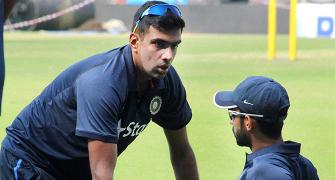