India and Russia are expected to give 'privileged' status to their strategic partnership during the upcoming visit of President Dmitry Medvedev as the two sides are likely to break new ground in defence, nuclear and energy sectors, Kremlin sources said on Monday.

Medvedev, who is scheduled to arrive in India on Monday night, will hold talks with Prime Minister Manmohan Singh in New Delhi on Tuesday.

Over the past decade, the Indo-Russian strategic partnership has acquired a new quality and the leaders of the two nations, in their joint statement to be issued on Tuesday after the New Delhi summit, are to underscore the 'privileged' character of the partnership, the sources said.

Ten years ago, during the then President Vladimir Putin's maiden India visit, the two countries had signed a declaration of strategic partnership, it was a new concept in bilateral relations.

"Based on long traditions of friendship, it presupposes close coordination of foreign policy approaches on a wide range of international and regional issues, trade and economic cooperation, deepening of the military-technical cooperation, enrichment of cultural programmes and expansion of person-to-person contacts," Kremlin said while elaborating the concept of 'privileged strategic partnership'.

However, over the past decade, the very term 'strategic partnership' coined at that time to reflect the 'special' character of Indo-Russian relations was devalued as it is very frequently used by countries, including Russia and India in their relations with other nations.

"But over this period, Russian-Indian relations in principle have achieved a new level, which can be characterised as Privileged Strategic Partnership, and this formula will be fixed in the joint statement after Tuesday's summit," the sources said.

Russian Ambassador to India Alexander M Kadakin had said last week that the two sides are expected to sign nearly 15 pacts, including those on the cutting edge Fifth Generation Fighter Aircraft and to build more nuclear reactors in India.

Ruslan Pukhov, a top Russian defence expert, said the military cooperation with India, a major pillar of the strategic partnership, over the past decade has really acquired 'privileged' character.

"The type of military-technical cooperation Russia has with India, it has with no other country of the world. Joint development of FGFA, multi-role transport aircraft JV, leasing nuclear submarine are some of the most sensitive projects which characterise the highest degree of trust between the two countries," said Pukhov. 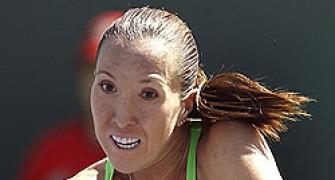 Bopanna-Qureshi crash out of Kremlin Cup