Light Combat Aircraft Tejas to be inducted into airforce

The Light Combat Aircraft (LCA), considered to be the world's smallest military aircraft with a single seat, will be among top eight aircraft in the world in terms of technological design and performance.

Tejas, which was under development for nearly 28 years and beat US sanctions, will achieve the significant milestone when Defence Minister A K Antony will give the release to service certificate to Air Force chief Air Chief Marshal P V Naik.

The handing over of the service certificate will enable Indian Air Force fighter pilots to fly the LCA for final operational clearance by 2012. The LCA has been developed by the state-run Aeronautical Defence Agency (ADA) and manufactured by Hindustan Aeronautics Ltd (HAL) in Bangalore.

The project was started in 1983 with a budget of Rs. 560 crore and was named 'Tejas' in 2004. The project was delayed due to various factors, including sanctions by the US in wake of nuclear tests conducted by India in May 1998,

The F404-GE-IN20 engine from the US-based General Electric powers the fighter, as the indigenously developed Kaveri engine is still undergoing advance trials. ADA director PS Subramanyam said that they are developing a new variant of the present LCA by 2014-15 and the fighter jet will be fully indigenous in five years time.

HAL is manufacturing eight aircraft for clearance flights and will take up the IAF's initial order to deliver 20 jets to form the first Tejas squadron, which will be based at the Sulur air base near Coimbatore. The Air Force has also placed an additional order of 20 more Tejas for the second squadron in 2010. It will be raised at Kayathir near Tuticorin. The IAF may finally have around 200 LCAs (10 squadrons) in its fleet.
Praful Kumar Singh in Bengaluru
Source: ANI
Related News: Indian Air Force, LCA, Hindustan Aeronautics Ltd, Aeronautical Defence Agency, Tejas
Print this article
Indo-Russian fifth-generation fighter by 2009-end 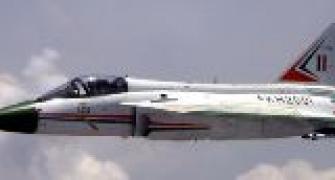 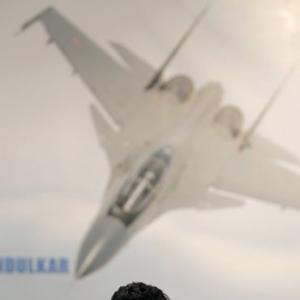