According to top sources, the 50 Independent Para Brigade played out two different scenarios depicting the need for a quick operation almost akin to the situations that obtained in Maldives last month and the consequences of the mutiny by the Bangladesh Rifles (now Border Guards, Bangladesh) two years ago.

During the exercise, elements of the brigade travelled by road from Agra to Delhi to link up with the Indian Air Force base at Hindon on the outskirts of the capital, since the recently acquired medium lift transport aircraft, the C-130 Js are stationed there.

According to the latest plans worked out between the Army and the Air Force, these aircraft are to be used for any such out of area contingencies since they have the range and capability to fly more troops and equipment.

Sources involved in the operation told rediff.com that during the exercise, several unforeseen complications in the smooth execution of the well laid out SOPs (Standard Operating Procedures) were noticed.

For instance, the thick blanket of fog that envelops North India in the winter months, slowed down the advance of troops from Agra to Delhi. Elements of the Para Brigade tasked to pick up vital equipment and weapons  (read missiles and special ammunition) from a well-concealed depot in Bharatpur (near Agra but in Rajasthan) lost a lot of time in negotiating traffic and fog on the narrow roads in the area.

So, instead of the estimated three hours that the Parachute Brigade had given itself for the journey between Agra and actual take off from Hindon, troops took almost four-and-a-half hours, a 90-minute delay that could prove to be expensive in real-life situation.

Following the deficiencies noticed during the conduct of the exercise, the Army HQ has taken a decision to establish a dedicated arms and ammunition storage facility for the special equipment to be co-located with the Parachute Brigade at Agra.

Another fallout of the Para Brigade's exercise was the realisation that thick, unrelenting fog in North India could actually create an unforeseen obstacle for the movement of India's mechanised forces -- most of India's armour strength is located in the north Indian states -- in case they need to mobilise at short notice. So, some elements of armoured forces were also moved around in winter months to understand real-time problems they may encounter because of both fog and traffic. 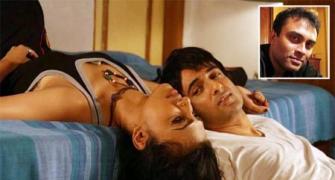 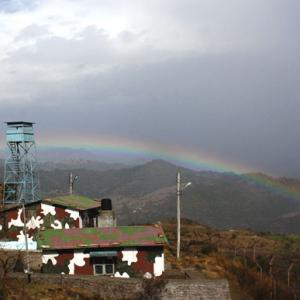