The daily coronavirus positivity rate in India in the last 12 days has doubled to 16.69 per cent, while the weekly positivity rate has increased to 13.54 per cent in the past one month, the Health Ministry said on Sunday. 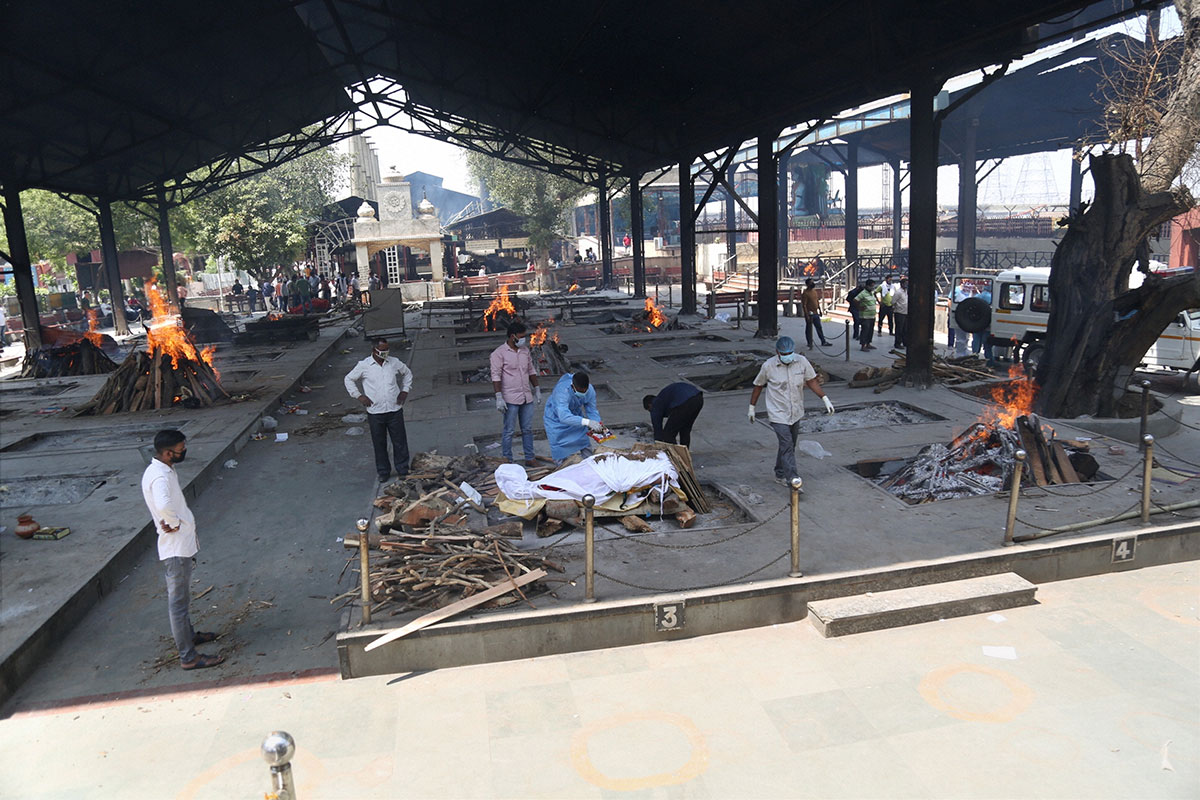 IMAGE: Workers and relatives, wearing PPE kit, perform cremation of a person who died of Covid at the Nigambodh Ghat cremation in New Delhi amid rise in coronavirus cases across the country. Photograph: PTI Photo

India reported a record 2,61,500 new coronavirus cases and 1,501 deaths on Sunday, while active cases have surpassed the 18-lakh mark, the ministry data stated.

Chhattisgarh reported the highest weekly positivity rate at 30.38 per cent, followed by Goa at 24.24 per cent, Maharashtra at 24.17 per cent, Rajasthan at 23.33 per cent and Madhya Pradesh at 18.99 per cent, according to the ministry.

The active cases in the country mounted to 18,01,316, comprising 12.18 per cent of the total infections and a net increase of infections in a span of 24 hours.

Nine states and Union territories have not reported any COVID-19 deaths.

These are Dadra and Nagar Haveli and Daman and Diu, Meghalaya, Tripura, Sikkim, Mizoram, Manipur, Lakshadweep, Nagaland and Arunachal Pradesh. 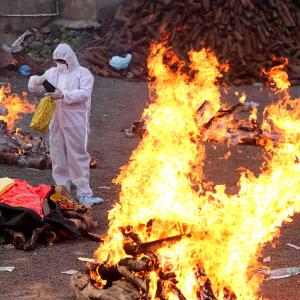