3 Indian-origin teens bag prizes worth $100,000 at US science contest

Three Indian-origin teenagers, including identical twin sisters, in the United States have bagged a scholarship worth $100,000 (Rs 67 lakh) in a science competition for their innovative research that will help doctors diagnose health problems like schizophrenia. 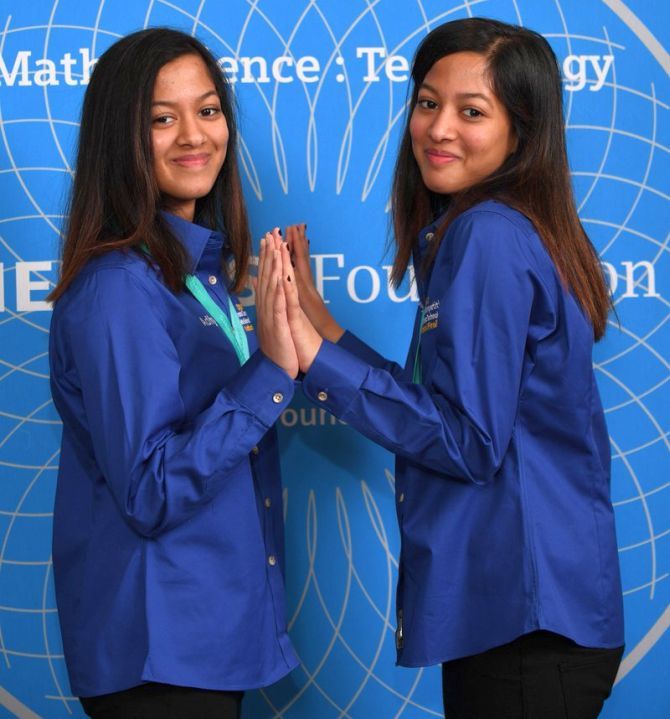 Shriya and Adhya Beesam, 16, who are 11th grade students in Plano, Texas won the competition in the 17th annual Siemens Math, Science and Technology Competition on Tuesday for their project entitled, ‘Linked Neuro-Fuzzy Inference System: A Novel Approach to Schizophrenia Diagnosis’.

Vineet Edupuganti, a senior at Oregon Episcopal School, won the top individual award for developing an ingestible battery that could transform the way doctors diagnose and monitor health problems deep in the body.

Edupuganti’s invention, which he calls a “high-performance biodegradable battery for transient electronics,” was appreciated by the judges at the contest.

His work could simplify how medical practitioners diagnose conditions that affect internal organs, such as gastrointestinal disorders, that currently require complex imaging or invasive procedures to diagnose.

“These scholars are poised to transform the lives of millions around the globe...I cannot wait to see where their dedication and innovative thinking will lead them and the rest of us as well,” David Etzwiler, CEO of the Siemens Foundation said.

In their research, the twins, developed a new approach to diagnose schizophrenia earlier in patients using both brain scans and psychiatric evaluations, the WFAA reported.

The Beesams lost their uncle to schizophrenia years ago. Their uncle was misdiagnosed for several years before eventually being diagnosed as schizophrenic. The twins say the late diagnosis and delay of care contributed to his suicide. 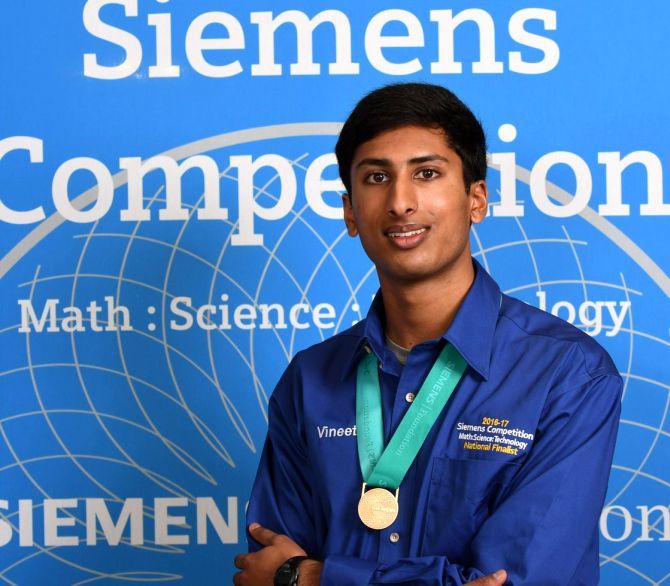 IMAGE: Vineet Edupuganti, a senior at Oregon Episcopal School, won for developing an ingestible battery that could transform the way doctors diagnose and monitor health problems deep in the body. Photograph: @Science4Society/Twitter

The Beesams say the loss of the uncle served as motivation during their research and work.

“It was amazing after we won when a mother came up to me and thanked us for our work because her son has schizophrenia and she’s happy to see people talking about the disease,” Adhya said.

The Beesams created a new system for diagnosing the disease by combining qualitative and quantitative approaches to assessing patients.

The sisters said their success is due to their hard work ethic and relentless curiosity, adding anyone can use that combination to succeed in life.

The 2016 Siemens Competition awards were presented at The George Washington University in Washington, DC. More 2,000 students eventually became the 19 high school finalists for 2016. 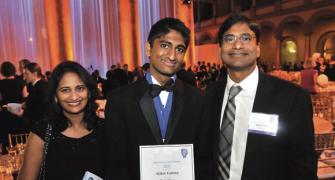 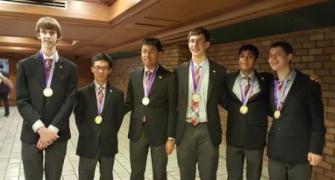 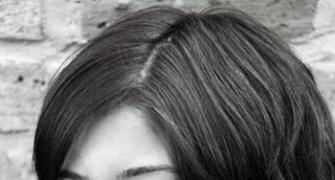 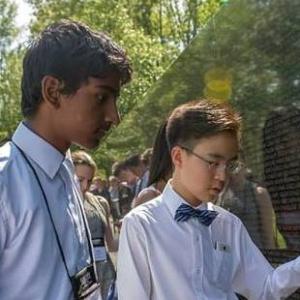 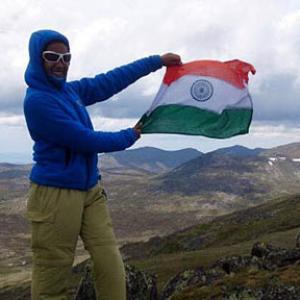