Strengthening its capabilities to carry out special operations, the Indian Army is raising a new special forces battalion which will be deployed in the north-eastern sector.

A new battalion of the Parachute Regiment -- 11 Para (SF)--is being raised and will be first deployed in the north eastern sector, Army sources told PTI in New Delhi.

This will be eighth special forces battalion of the Parachute Regiment and will be deployed in counter-insurgency and counter-terrorism operations in that region, they said.

The Parachute Regiment has ten battalions under it and seven of them have been trained as special forces, which are supposed to carry out counter-terrorist

operations during peacetime and sabotage enemy installations beyond enemy lines during wars.

The special forces battalions include the 1, 2, 3, 4, 9, 10 and 21 para units, which are deployed in different sectors of the country and have also been given responsibility to handle any 26/11 type attacks if that occurs near their area of deployment.

The Army wants to increase the number of special forces troops to more than 10 battalions with around 700 men in each. 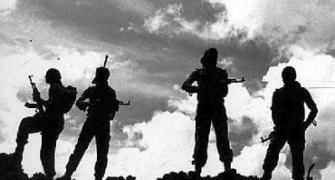 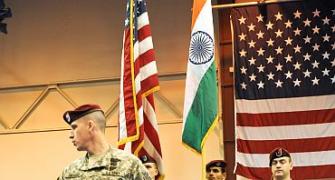 When the Indian Army impressed the US Army

Gen Singh to visit Bangladesh, this time in peace