Nanotechnology researcher Dr Anita Goel feels that India can benefit from the gene radar sensing technology which can detect the presence or absence of a disease’s pathogen with the same accuracy available only in a diagnostic lab, reports Suman Guha Mozumder. 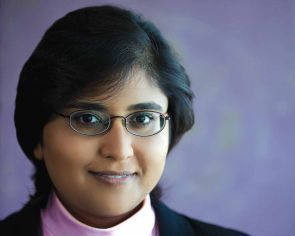 A Harvard and MIT-trained physicist-cum physician, Dr Goel founded the company in 2004.

The gene radar platform analyses a drop of blood, saliva or other body fluids placed on a nano chip, which is inserted into a mobile device. This detects the presence or absence of a disease’s pathogen in less than an hour, with the same accuracy available only in a diagnostic lab.

It is being used in clinical trials in Rwanda for diagnosis of HIV infection.

Dr Goel said she envisioned the impact of this technology to be similar to the cell phone industry because she saw a paradigm shift when computing and communications devices became portable.

Nanobiosym was selected from a pool of 26 teams from seven countries. The 12 finalist teams demonstrated the sensing capabilities of their technologies to a judging panel comprising thought leaders and industry experts, who have cross-functional and relevant expertise in sensing and mobile health technologies.

“My dream is to take it all over the world,” Dr Goel told India Abroad. “We’re starting in Africa from where I just came back and we would like to bring it to India as well. There is need for such technology, especially in remote rural areas where people do not have blood testing facilities and in the absence of which diagnosis of patients is a major problem.”

Dr Goel said she would like to bring the technology to the market at a very low price.

“Just like cell phones revolutionised the telecom industry, we can make the cost of these real-time diagnosis tens or a hundred times cheaper, and bring the gadget which right now is the size of a laptop, into a mobile device,” she added.

For now, she was focused on the global market more than the US where she has to go through the US regulatory FDA process, and where there is no dearth of diagnostic laboratories.

“Emerging markets like India, Africa and South America have a desperate need for these things,” she said.

“It takes the governments of India and African countries billions of dollars to develop healthcare infrastructure to be at par with the US. Our technology is easy to use and does not require overhead infrastructure like electricity or running water.”

Nanobiosym has already demonstrated custom applications for E coli and HIV/AIDS, with potential applications across the entire spectrum of healthcare.

She received the Global Indus Technovator Award from MIT that recognises the contributions of top 10 leaders working at the forefront of science, technology and entrepreneurship. She has received several rounds of federal funding awards for her research and has also won a $2 million contract from the US Defense Threat Reduction Agency.

She has advised President Barack Obama’s Strategy for American Innovation and helped build the roadmap for harnessing nanotechnology to stimulate the US economy.

In 2007, Dr Goel signed a deal with the Himachal Pradesh government to develop a state-of-the-art nano-biotechnology park in the state’s Solan district. But the project never took off.

“It never materialised. Many of them (from the state government) approached me. They wanted us to develop a nano-technology park and discussions kept on going on, but they never delivered,” Dr Goel said.

As far as India was concerned, the private sector would be a better avenue to engage with and to make this technology available to millions of impoverished people in rural areas, she added.

So when did this Eureka moment happen for her?

“Eureka moments come in flashes, and then you work to materialise them, and then they materialise in stages. For me it just kind of happened in stages,” she said.

“Some of the underlying nanotechnologies were invented by me many years ago. This is the manifestation of an integrated prototype that involves several of our innovations over the years. And this is just the first manifestation.” 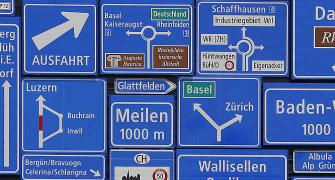 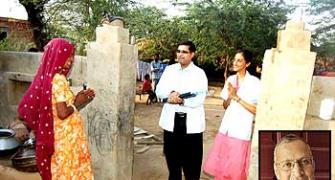 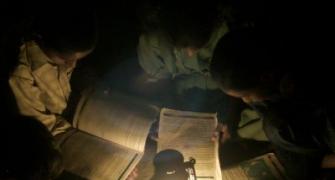 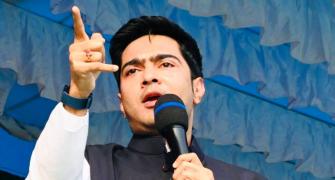 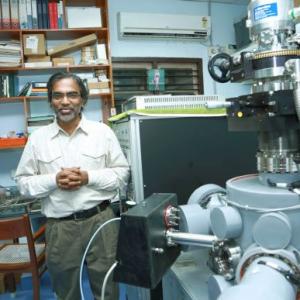 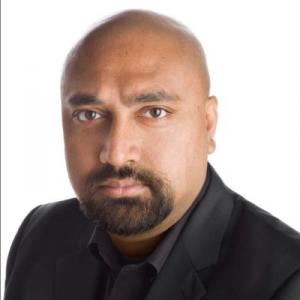 'Being Indian is like having the right visiting card'