News
Business
Movies
Sports
Cricket
Get Ahead
Money Tips
Shopping
Sign in  |  Create a Rediffmail account
Rediff.com  » News » India was there for us, we will be there for them: Biden

India was there for us, we will be there for them: Biden

India helped the people of America in their hour of need and the US will provide full support in providing emergency assistance and resources in India's fight against COVID-19, President Joe Biden asserted after his phone call with Prime Minister Narendra Modi. 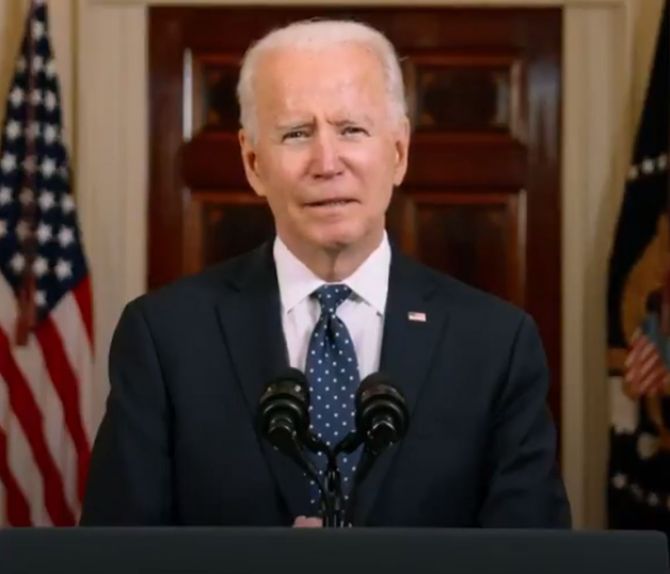 The two leaders spoke on Monday as the Biden administration, which was criticised by many for its slow reaction to the massive medical crisis in India, swung into action to provide assistance to India in its fight against the surge in COVID-19 cases.

"India was there for us, and we will be there for them," Biden said in a tweet soon after his phone call with Modi.

This was the second telephonic conversation between the two leaders after Biden was sworn in as the 46th president of the United States on January 20.

"Today, I spoke with Prime Minister Narendra Modi and pledged America's full support to provide emergency assistance and resources in the fight against COVID-19," Biden said.

The call between the two leaders is believed to have lasted for about 45 minutes. During the call, Biden is understood to have offered all help that India needs in its worst medical crisis.

"The president pledged America's steadfast ongoing support for the people of India, who have been impacted by the recent surge in the COVID-19 cases," White House Press Secretary Jen Psaki told reporters at her daily news conference.

"As requested by India, we will provide raw materials for the production of AstraZeneca Covishield vaccine at Serum Institute of India. I know some of these have been announced, but that's just a little bit of additional details. So, we're, and ongoing discussions about what their needs are and how we can meet them," she said.

The Department of Defense, she said, is also exploring providing field oxygen generation systems, which the US has used in its field medical hospitals.

Each unit can provide oxygen for up to 50 to 100 beds. The administration is also exploring options to provide oxygen concentrators and ventilators and is in technical discussions with India to ensure the equipment that the US supplies can connect to Indian devices, the official added.

"The United States has already provided 200 ventilators to India last year and trained medical professionals on their use, so this is of course in addition to that and other assistance we have provided," Psaki said.

Psaki said the US has identified rapid diagnostic testing supplies, personal protective equipment, and additional ventilators available to be transferred to India immediately.

The US is in close touch with India officials at all levels about the raw material needs that they have, she added.

The Biden administration has come under criticism from several quarters, including from members and supporters of the Democratic Party, for not releasing surplus COVID-19 vaccines to India when the country is experiencing its worst-ever public health crisis.

"The Biden administration's commitment that it will export raw materials for the Indian manufacturer of the Covishield vaccine is a welcome decision," Indian American Congressman Raja Krishnamoorthi said.

“However, this is no time for symbolism, half-measures or lip service. We must act now,” he said on Monday.

Responding to a question, Psaki said that the United States has been one of the largest providers of assistance to address the COVID-19 pandemic around the world, including to India.

"We have obviously taken some significant steps over the last couple of days to address their immediate needs and been in close touch with them at every level, including with the prime minister and the president discussing or, communicating," she said.

India and the United States have two of the highest challenges as it relates to fighting the COVID pandemic, she said, adding that it is also being taken into account.

"But I can assure people who are watching and paying attention that we want to work in partnership with India. We are committed to getting them assistance they need, whether that's oxygen, PPE, therapeutics, tests, raw materials for vaccines, and we'll continue to communicate at the highest level," Psaki said.

How the world is helping India during its Covid crisis 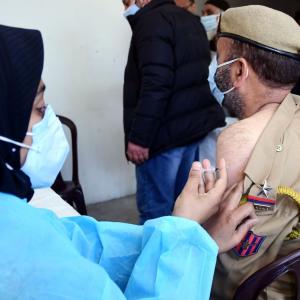 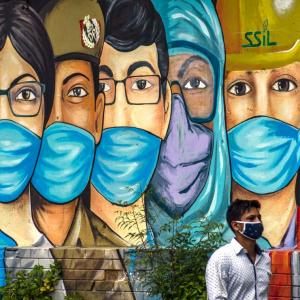