India will approach the constitutional court of Portugal challenging the decision of that country's supreme court which recently confirmed the decision to terminate the extradition of fugitive underworld don Abu Salem to face trial in various cases in India.

"Whole extradition process is in jeopardy. The Central Bureau of Investigation is going before the constitutional court of Portugal against the decision of the supreme court of that country," Additional Solicitor General Haren Raval told Justice Mukta Gupta in the Delhi high court.

Raval, who was representing the Delhi police, was seeking an urgent hearing of its petition seeking withdrawal of stringent charges under the Maharashtra Control of Organised Crime Act against the extradited gangster Salem.

Justice Gupta, however, refused to hear the matter, saying that she had once appeared before the high court as a lawyer in a connected case against Salem.

"I had once appeared in this case. I know this is an urgent matter but I recuse myself and refer this matter to be listed before some other bench," Justice Gupta said while recusing herself from hearing the case.

During the brief hearing, the ASG appraised the court about the developments in the case at various judicial fora in Portugal and said that urgent hearing was required in the matter as the entire process of extradition was "in jeopardy".

The supreme court of Portugal had recently rejected India's appeal and upheld the decision of a high court of that country terminating the extradition of Salem, the ASG said.

M S Khan, counsel for Salem, however, told the court that he has "no objection whatsoever" if the bench hears and decides the plea of the Delhi police as it is a unique case where both, accused and the investigating agency, want the charge to be withdrawn.

Portugal's supreme court had on January 14 upheld an order of Court of Appeal in Lisbon which on Salem's petition had canceled his extradition holding that by slapping new charges under MCOCA, which attracted death penalty, there was breach of deportation rules and Rule of Speciality.

46-year-old Salem, a key accused in 1993 Mumbai serial blasts case, and his girl friend Monica Bedi were extradited to India on November 11, 2005, after a marathon legal process in Portugal lasting three years.

The extradition of Salem, who was also wanted in various cases including the murder of noted film producer Gulshan Kumar, came after an assurance by the Indian government to Portugal that he would not be given death penalty, a key requirement for extradition from European countries.

The Delhi and Mumbai Police forces, however, slapped charges which attracted death penalty leaving the government and the CBI red-faced.

The Delhi Police had then moved the Delhi high court seeking withdrawal of MCOCA charges against Salem. 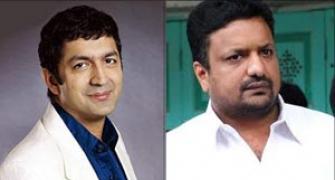 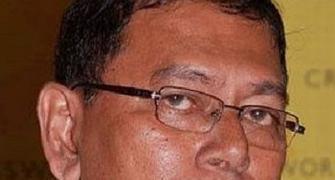