India is pursuing with Pakistan the case of Captain Saurabh Kalia, who was tortured and killed by Pakistani troops after being captured in the Kargil sector in May 1999, Defence Minister A K Antony said on Sunday.

"We are handling it in an appropriate manner. We will pursue it and now we are pursuing it with Pakistan," he told reporters after laying a wreath at the Amar Jawan Jyoti to commemorate the 41st anniversary of India's victory in the 1971 war with Pakistan.

The minister was asked if India was pushing for a probe by Pakistan into the death of Captain Kalia.

Captain Kalia's father N K Kalia has taken up the case with the United Nations Human Rights Commission for a direction to Pakistan to probe the death of his son.

He has also filed a plea in the Supreme Court to direct the government to take up the case of his son's torture at the International Court of Justice at Hague. The Supreme Court had on Friday sought a response from the Centre on N K Kalia's plea.

India is not in favour of taking the matter to ICJ as it feels that this is a bilateral issue.

"This is obviously a bilateral matter between India and Pakistan and, therefore, the position we have taken on ICJ is for a very, very good reason," External Affairs Minister Salman Khurshid has said.

He stressed that India should not give up that position lightly as "it will cost us a great deal".

In May 1999, Captain Kalia had gone out for patrol duty in Kaksar area of Kargil along with five other soldiers -- Sepoys Arjunram Baswana, Mula Ram Bidiasar, Naresh Singh Sinsinwar, Bhanwar Lal Bagaria and Bhika Ram Mudh.

Source: PTI© Copyright 2021 PTI. All rights reserved. Republication or redistribution of PTI content, including by framing or similar means, is expressly prohibited without the prior written consent.
Related News: Saurabh Kalia, Captain Kalia, Pakistan Army, International Court of Justice, India
Print this article
Dhoni first captain to be run-out on 99 in Tests! 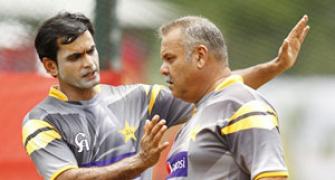 Act against those behind Capt Kalia's death: India to Pak