Pakistan has objected to India's move to fill the Nimoo-Bazgo dam in Jammu and Kashmir, claiming that it could cut off Islamabad's share of water from the Indus river.

India had informed the Pakistan government that the dam had been completed and was going to be filled.

"We have asked India not to fill the dam as it is a disputed and controversial project," an unnamed senior official of the Ministry of Water and Power was quoted as saying by The Express Tribune.

The hydroelectric project with a capacity of 45 MW has been built near Alchi village in Leh district.

An inquiry conducted by Water and Power Development Authority Secretary Muhammad Imtiaz Tajwar had blamed Pakistan's former Indus Waters Commissioner Jamaat Ali Shah for delaying the issue and consequently losing the opportunity to take the Nimoo-Bazgo project with a neutral expert or a court of arbitration.

The report quoted sources as saying that Tajwar was responsible for failing to establish how India managed to secure carbon credits for the Nimoo-Bazgo project.

They said Tajwar was unable to collect any documentary evidence regarding the accumulation of carbon credits by India during the investigation.

Shah dismissed allegations that he had not taken timely action, saying he had rejected India's claims that the Nimoo-Bazgo project would not harm Pakistan.

In 2002, Pakistan requested India to provide details of the project.

Pakistan claims India did not respond till December 2006 despite numerous reminders.

Legal battles between Pakistan and India over water rights have emerged as a key irritant in bilateral relations.

India built the Baglihar Dam with a capacity of 450MW on the Chenab river after a neutral expert ruled in its favour.

A court of arbitration, however, stopped India from constructing a permanent structure for the Kishanganga dam in a short-term order.

The dam is being built by India on the Neelum-Jhelum river. 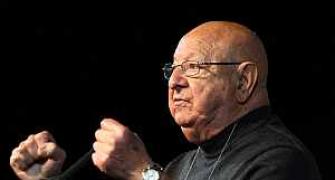 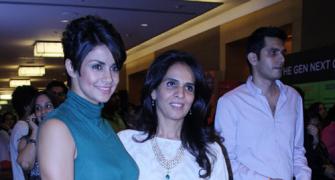 Over 100 Hindu pilgrims cross into India from Pakistan