A total of 3,09,41,264 tests for detection of COVID-19 have so far been conducted in India with record 8,99,864 tests done in a single day, even though the positivity rate remained low at 8.81 per cent compared to the weekly national average of 8.84 per cent, the health ministry said on Tuesday. 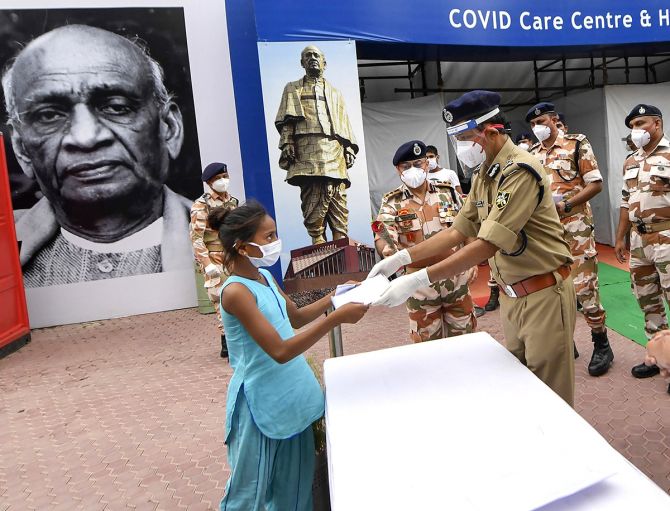 IMAGE: ITBP ADG Amrit Mohan Prasad presents certificate to a girl as she is discharged after recovering from COVID-19 at the Sardar Patel Covid Care Centre in New Delhi, on Monday. Photograph: Ravi Choudhary/PTI Photo

The total number of recoveries crossed the 19 lakh-mark with 57,937 patients having recuperated in a span of 24 hours, the highest recorded in a day so far, it said.

'Even with such high level of testing, the positivity has remained low i.e. 8.81 per cent compared to the weekly national average of 8.84 per cent,' it said.

India also recorded the highest single-day recoveries of 57,937 in a span of 24 hours, according to the Union health ministry data updated at 8 am on Tuesday.

It is higher than the 55,079 confirmed cases of coronavirus added during the same period, the ministry highlighted.

With more patients recovering and being discharged from hospitals and home isolation (in case of mild and moderate cases), the total recoveries have surged to 19,77,779.

'With this the gap between recovered patients and active cases has crossed 13 lakh as on date (13,04,613),' the ministry said.

Continuous increase in average daily recoveries has led to India's COVID-19 recovery rate rising to 73.18 per cent and a low case fatality rate (CFR) of 1.92 per cent, it said.

As a result of collaborative and focussed efforts by the Centre, state and UT governments built on effective implementation of the 'test, track and treat' strategy of the Union government, 30 states and UTs, including Chhattisgarh, Assam, Rajasthan, Andhra Pradesh, Telangana, Jharkhand, Tamil Nadu, Uttar Pradesh and Karnataka, are reporting lower CFR than the national average. it stated.

An ever expanding national network of diagnostic labs has ensured the exponentially growing number of tests being conducted across the country. 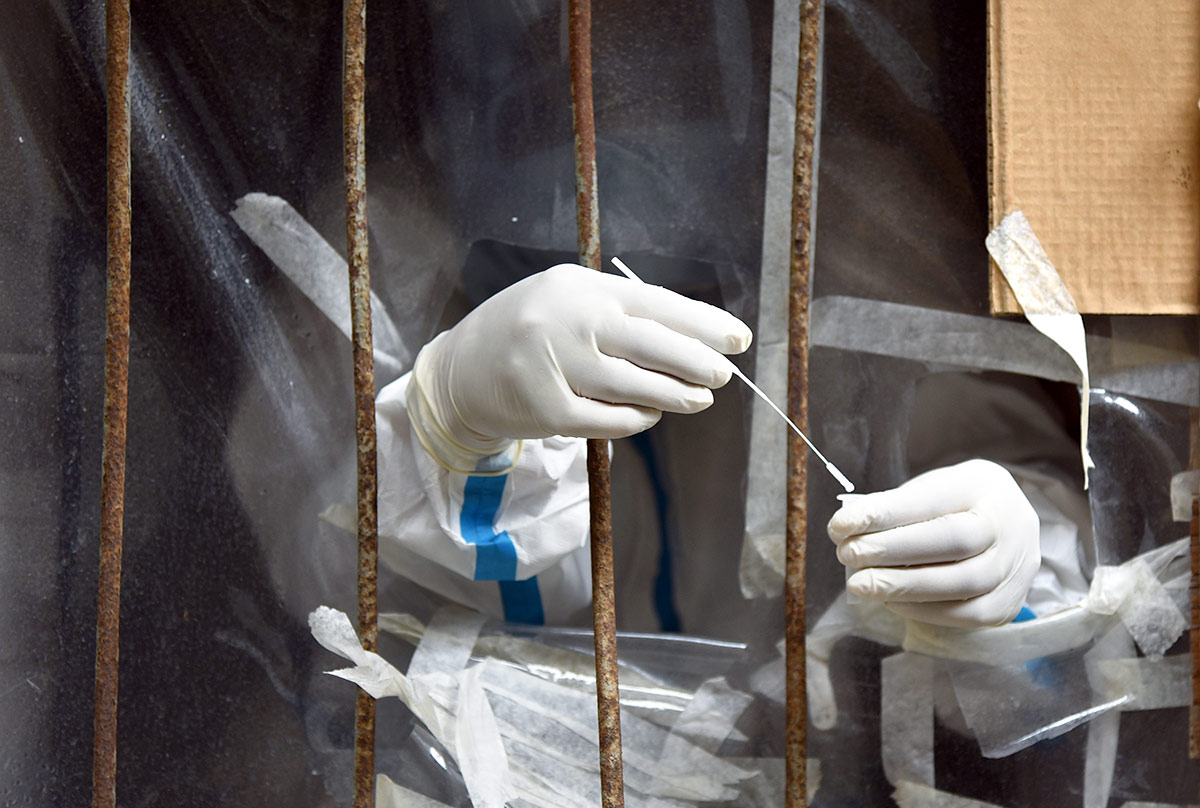