In an unprecedented public expose at the United Nations counter-terror meet in Mumbai, India on Friday revealed in detail Pakistan's role in the 26/11 Mumbai terror attack by playing Pakistan-based terrorist Sajid Mir's audiotape. In the audio clip, he is heard directing the attack on Chabad House during Mumbai 26/11 terror attacks.

It exposed Sajid Mir directing terrorists from Muzaffarabad, Pakistan-occupied Kashmir where he is giving instructions to terrorists who were at Chabad House during Mumbai 26/11 terror attacks.

Thakur made this revelation in the presence of several foreign ministers and diplomats from over 15 countries.

Meanwhile, four survivors from two terror attacks -- 26/11 and 2016 Brussels bombings -- spoke at a special meeting of the UNSC's Counter-Terrorism Committee in Mumbai on Friday.

Moshe Holtzberg was only two years old when his father Rabbi Gavriel and mother Rivka Holtzberg died along with four visitors at Nariman House during the November 2008 Mumbai terror attack.

Moshe's cries during the prayer meeting for his parents melted the hearts of many. After the death of his parents, he moved to Israel to live with his grandparents.

His pre-recorded message in Hebrew was played at the meeting on 'Countering the Use of New and Emerging Technologies for Terrorist Purposes' at Taj Mahal Palace Hotel in south Mumbai.

The hotel itself was one of the targets of the attack in 2008.

Devika Rotawan, now a third-year student of Bachelor of Arts, was shot by Pakistani terrorist Ajmal Kasab at the Chhatrapati Shivaji Maharaj Terminus in Mumbai on November 26, 2008.

She was then seven years old.

She identified him and testified against him in the court in June 2009. Kasab was later hanged after the court convicted him.

Speaking at the meeting, Rotawan said she wanted to become a police officer so that she can play a role in combating terror. She also demanded a strong law to deal with terror.

Karambir Singh Kang, who also spoke at the meeting, was the General Manager of Taj Mahal Palace when the 26/11 attack unfolded. While he was helping the guests to safety, his wife and two young children died in the attack.

Nidhi Chaphekar, a former air hostess with Jet Airways and survivor of the 2016 Brussels bombings also spoke at the meeting.

She sustained 20 per cent burn injuries in the attack at the Brussels airport and had to undergo 22 surgeries. She also suffered memory loss and partial hearing loss, she said.

After the attack, she also lost her job, Chaphekar said.

Another person whose life changed forever due to terrorism and who was present at the meeting was late police constable Tukaram Ombale's wife. Ombale was killed while capturing terrorist Kasab alive during the 26/11 attack.

Notably, Sajid Mir, one of India's most wanted terrorists, is wanted for his involvement in the 2008 terrorist attacks in Mumbai, India.

"Beginning on November 26, 2008, and continuing through November 29, 2008, ten attackers trained by the Pakistan-based foreign terrorist organization Lashkar-e-Tayiba carried out a series of coordinated attacks against multiple targets in Mumbai, including hotels, cafes, and a train station, killing approximately 170 people. Six Americans were killed during the three-day attacks," the Federal Bureau of Investigation website reads.

Mir served as the chief planner of the attacks, directing preparations and reconnaissance, and was one of the Pakistan-based controllers during the attacks.

Shortly after the harrowing attack, CIA station chief met ISI analysis directorate Major General Akhtar and presented him with charts and communication intercepts that proved conclusively that the attack was carried out from Pakistan and had clear support from ISI.

China, in recent months, has blocked several bids to designate several terrorists based in Pakistan. Beijing this month put on hold a proposal to list Talha Saeed, son of Lashkar-e-Tayiba chief Hafiz Saeed.

This bid was moved by India and co-supported by the US, under the 1267 sanction regime.

It was the fifth time that China has blocked an India-US proposal in recent months, Lashkar-e-Tayiba member Shahid Mahmood in October, LeT terrorist Sajid Mir in September, LeT and Jamaat-ud-Dawa leader Abdul Rehman Makki in June, as well as Abdul Rauf Azhar in August, the brother of Jaish-e Mohammed chief Masood Azhar, were protected by Beijing.

Further, many Indian officials raised the issue of delisting Pakistan from the Financial Action Task Force grey list and said that Pakistan delisting from FATF can increase terror attacks.

Pakistan has been taken out from the FATF 'grey list' with the global watchdog stating that Islamabad would continue to work with the Asia/Pacific Group on Money Laundering to further improve its anti-money laundering and counter-terrorist financing system. 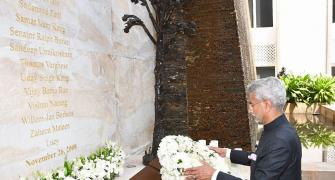 'The terrorists were lobbing grenades, firing' 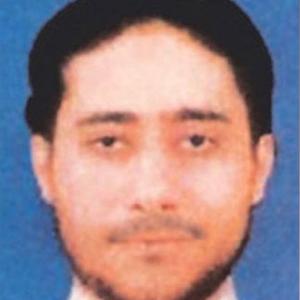