Foreign secretaries of India and Pakistan would meet on June 29 in New Delhi to prepare the ground for the crucial meeting of the foreign ministers planned for the middle of July in Islamabad, Pakistan Foreign Secretary Jalil Abbas Jilani said in Beijing on Wednesday.

The foreign secretaries would prepare the ground for the foreign ministers meeting, Jilani who is here to attend the Shanghai Cooperation Organisation, summit told Indian media here in an informal chat on the sidelines of the meeting.

Ahead of these meetings, the Siachen talks will be held in Islamabad on June 11-12, followed by talks on Sir Creek in New Delhi on 17-18, he said.

On the failure to clinch the agreement on visa regime, Jilani sought to deny the perception that Pakistan was going back on the draft after initial understanding.

The draft has been initialled by both sides and is one signature away and the perception that it was frozen is not correct, he said adding that it would be signed after obtaining political approval by the Pakistan government. It would be signed during the next meeting of the interior ministers, he said.

The Pakistan foreign secretary, who is accompanying the delegation headed by President Asif Ali Zadari to the SCO summit was pleasantly surprised to run into the group of Indian journalists at a hotel after meeting the External Affairs Minister S M Krishna who is here to attend the SCO summit.

Krishna himself said he ran into Jilani in the lift. Jilani said Krishna and Zardari may exchange pleasantries at the SCO meeting.

Both India and Pakistan are observers in SCO and both are looking at becoming its full fledged members. Jilani said Pakistan was confident of getting admitted as full member. The membership would accorded after completing the procedural formalities, he said.

SCO members included Russia, China, Uzbekistan, Kazakhstan, Tajikistan and Kyrgyzstan. Pakistan, India, Iran and Mongolia has the observer status while Turkmenistan and Afghanistan attend SCO gatherings as guest nations while Belarus and Sri Lanka have the status of dialogue partners.

Jilani said Zardari met Afghanistan President Hamid Karzai on the sidelines and would also meet Chinese President HuJintao.
K J M Varma in Beijing
Source: PTI© Copyright 2021 PTI. All rights reserved. Republication or redistribution of PTI content, including by framing or similar means, is expressly prohibited without the prior written consent.
Related News: Shanghai Cooperation Organisation, Jalil Abbas Jilani, Pakistan, India, Zardari
SHARE THIS STORY
Print this article
No apology for NATO strike, time to move on: US
Pak discusses toning down US apology over NATO strike
India will not ally with US against China: Experts 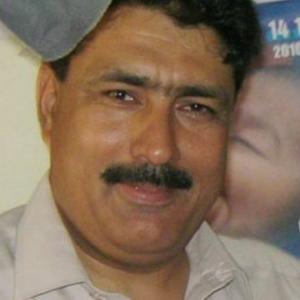