India need not worry about N-deal with Pakistan, say US sources

India need not be concerned that a US-Pakistan civilian nuclear deal similar to the Indo-US deal is in the offing, senior administration sources have told rediff.com.

Sources said though Pakistan brought up the issue strongly during the US-Pakistan Strategic Dialogue that began Wednesday and that it was a priority issue on its wish-list to the talks, the US told Pakistan "politely and firmly" that while it "fully comprehends Pakistan pressing energy needs and will help in every way possible" a civilian nuclear deal akin to the US-India agreement was "a non-starter," and would even if the administration tried to push such an initiative, "get no traction at all" in the US Congress.

Secretary of State Hillary Clinton appearing with Pakistani Foreign Minister Shah Mahmood Qureshi at the end of the first day of the Strategic Dialogue in the State Department's Treaty Room, when asked if the US is prepared to discuss a civilian nuclear deal such as the one Washington has with New Delhi, said, "We have a broad agenda with many complicated issues like the one you referred to."

Being the quintessential diplomat and being non-committal, she said, "Discussions are continuing through tomorrow. And while I will not get into the details of our bilateral conversations, we've said that we will listen and engage with our Pakistani partners on whatever issues the delegation raises."

"We are committed to helping Pakistan meet its real energy needs," she said, and added, "I am particularly pleased that we are moving with $125 million to Pakistan for energy sector projects. That's an assistance programme, I announced when I was there in October. And, as the foreign minister said, we have followed through."

Hillary said, "We don't just make announcements and then forget about them and get the headlines and move on. So, this dialogue that we're engaged in is helping us build the hand of partnership that can make progress over time on the most complicated of issues."

Earlier, in her opening remarks, she said, "We are working together to endure that Pakistan's have access to affordable and reliable power, which is essential to funding economic development," and said that on day two of the Strategic Dialogue, Dr Rajiv Shah, Administrator of the US Agency for International Development would sign with Pakistan's Secretary of Water and Power "three implementation agreements for three thermal power station rehabilitation projects that will provide more electricity to more people."

The sources, one of whom was in the discussions as part of the US delegation, told rediff.com, that the US had assured Pakistan that it would assist with these kinds of thermal and hydel power projects, but that a civilian nuclear deal was "simply not on the cards" at this time.

Asked why Hilary couldn't have said so publicly instead of her circumspection at the end of the first day's talks as well as during the run-up to the talks, which coupled with Ambassador to Pakistan Anne Patterson's waffling when asked about a possible US-Pakistan civilian nuclear deal had led to reports that the US had hinted that such a deal similar to the US-India deal was possible, sources said, "Surely, you don't expect us to embarrass our visitors right at the start of these unprecedented high level talks."

Sources said that this was a major priority issue that the Pakistanis had brought to the table, and even though the US was cognizant that this was essentially to press for some kind of equal treatment with India on this particular issue for political points. The US had no intention of publicly rejecting this and hence the circumspection by Hillary and other senior officials, sources said.

"This was conveyed to them privately and behind the scenes and explained to them why such a deal was a non-starter at this time," one source said, and added that the media "jumping to conclusions" that such an agreement was a possibility going by Hilary and Patterson's comments, "were misinterpretations."

Sources said, "At no time did the secretary or the ambassador in any of their responses give any indication" that such a deal was a possibility "except to say that we are very much aware of Pakistan's pressing energy needs and stand ready to help."

Apparently, other sources said that even if the State Department was sympathetic to Pakistan's request that it be given the same kind of deal India was provided with, unlike during the time of President George W Bush "when he personally went on a limb to push for such a deal with India," the Obama White House had showed "absolutely no inclination" to go to bat for such a deal for Pakistan.

Sources said that even if the White House had entertained any such thoughts, "there is absolutely no critical mass as there were in the Congress for India," and that even among the Republicans, except for a mere handful like Congressman Dan Burton of Indiana, "there was no such support for a similar deal with Pakistan," and that Democrats were lined up "to oppose such a deal," particularly in lieu of Pakistan's sorry track record vis-à-vis A Q Khan and more recently Islamabad pursuing a pipeline deal with Washington's bete noire Iran.

Senate Foreign Relations Committee chairman Senator John F Kerry and the ranking Republican on the Committee Senator Richard Lugar, who met with members of the visiting Pakistani delegation, including Army Chief Asfaq Kayani also made clear that a US-Pakistan civilian nuclear deal would not fly.

Kerry told The Cable, the online news blog of the Foreign Policy journal that "I don't think it's on the table right now considering all the other issues we have to confront".

And apparently referring to Pakistan's poor track record when in comes to non-proliferation, not the least being the A Q Khan nuclear weapons technology black-market, Kerry said, "There are countless things that they would have to do in order to achieve it. If they are willing to do all the tings, we'll see."

Lugar, echoing similar sentiments, said, "I think it's premature. It's not likely to be part of the agenda at this time."

And taking a swipe at Pakistan's going ahead with its gas pipeline deal with Iran, which India apparently has dropped out of, Lugar said, "Everybody is desperate for resources and that has superseded a number of other considerations."

Sources said that it were the Pakistani diplomats and other foreign minister officials, who had brought up the issue of a civilian nuclear deal similar to that with India, and the Army officials, led by Kayani, were more concerned about US providing Pakistan with sophisticated weaponry for Pakistan's "counterinsurgency strategies and its military modernization efforts."

"Pakistan is on the front-line of confronting the violent extremism that threatens us all," she said. "And Pakistan's civilians and security forces continue to bear the brunt of that fight. We respect the sacrifices that Pakistan has made in combating terrorists who seek to undermine its stability and undo its progress."

But Hillary asserted that "our relationship extends far beyond security, as does the scope of this dialogue," and added: "As demonstrated by the landmark Kerry-Lugar-Berman legislation, which supports Pakistan's economic and social development goals with $7.5 billion over five years, the United States is committed to advancing the long-term aspirations of the Pakistani people for a more peaceful and prosperous future."

During the interaction that followed, Hillary was also circumspect when asked why the US would not involve itself more and urge India to come back to the table and resurrect the composite dialogue and pursue a rapprochement with Islamabad. New Delhi has made clear that until and unless Pakistan eliminates the terrorist infrastructure within its territory that is arrayed against India, New Delhi will not resume the composite dialogue with Pakistan.

Hillary said, "I think it's important to recognize that the United States has positive relationships with both Pakistan and India. And we certainly encourage the dialogue between India and Pakistan."

And, she noted that "the issues that are part of the dialogue to be addressed and resolution of them between the two countries would certainly be in everyone's interest."

"But I want to underscore that our goal in the Obama Administration is to make clear that we are going to partner with Pakistan going forward on a full range of matters. Now, we can't dictate Pakistan's foreign policy or Indian foreign policy. But we can encourage, as we do, the in-depth discussion between both countries that we think would benefit each of them with respect to security and development."

Qureshi, however, chimed in predicting that "I am confident, as two years down the line, I'm confident of this relationship. I'm confident that India will have to revisit its policy and very soon."

He also took a dig earlier of Washington's close ties with New Delhi, saying, "As far as India is concerned, they are a sovereign country and they have bilateral relations and we respect that."

"But we are saying that those relations should not be at the cost of Pakistan. And we are very clear and I think you (Hillary) are very clear on that," he added. 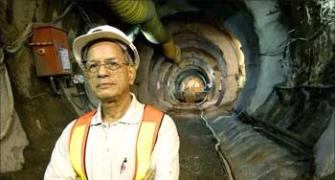 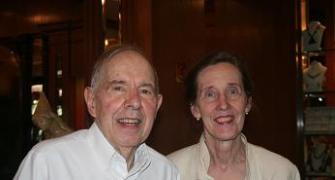