India may see wave of peaks in COVID-19 cases

Many experts feel the concept of a national peak is nebulous, given that the growth in case numbers is dominated by a handful of states, reports Ruchika Chitravanshi 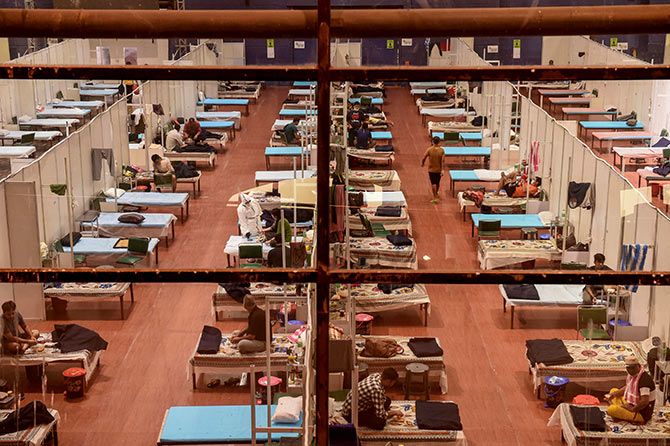 India is likely to see a wave of peaks in Covid-19 cases across the country instead of one single high, with the coronavirus spreading at a different pace in most states, experts said.

While most epidemiologists have predicted a peak of infection in late July-August, many feel the concept of a national peak is nebulous. The three states -- Maharashtra, Delhi, and Tamil Nadu -- with highest case-counts are slowing down, but infections in eastern and southern states are surging.

“I do not see a national peak soon, but I see a wave of peaks cascading through the nation in the next two months. It simply depends on how we behave and how policies are implemented,” Bhramar Mukherjee, professor of epidemiology, Michigan University, said.

According to latest health ministry data, 86 per cent of the Covid-19 cases come from just 10 states, making for an uneven spread. Therefore, looking at Indiawide numbers make little sense, experts say, given that the growth in case numbers is dominated by a handful of states.

“Different states should have different progressions and they will not be in step with each other. This means that we should look at a really granular scale, of districts and sub-districts, and zones in cities, to understand the progression of the disease,” Gautam Menon, professor of computational biology and theoretical physics, Ashoka University.

India has crossed 1 million Covid infections, but since a large number of those infected are asymptomatic, it is difficult to estimate the number of ‘true infections’, especially without the sero survey data. This means, it is not possible to predict the total number of cases that India will witness in its first peak and consequently whether it will achieve any herd immunity by then.

“Our model indicates that there are 10 times more cases in India than reported. Even with that, we are very far from herd immunity, which means roughly 50-70 per cent need to be infected depending on reproduction value of 2 or 3,” Mukherjee said.

Epidemiologists say it is more likely that the number of daily cases, once they reach a peak, will decline slowly and there will be a number of spikes that accompany this decline. “Whether this will resemble a clear second peak or a number of well-separated peaks following the first is unclear,” Menon said.

While it is difficult to avoid the peak, experts say it is possible to mute it and slow it down so that on a given day in a place there are more beds than patients. This would also mean that the peak would be pushed further in time.

“Unwritten rule of a pandemic is that a peak will happen and numbers will come down... Karnataka has estimated it could be October and then a second peak in January,” said Satyanarayana Mysore, head of interventional pulmonology, Manipal hospitals and part of Karnataka’s Covid task force.

Mysore said even with the present numbers the situation was not manageable and getting timely help was a big challenge. “Peak could be delayed up to October... By January-February, we should see a second peak and hopefully that will not happen,” he said.

Karnataka is among the states, which after drawing praise for keeping the spread of virus under check, has seen a sharp spike in cases. From over 16,000 cases on July 1, the state now has more than 55,000 cases. The state has the shortest doubling time of around nine days.

As against this, Delhi, which saw a big surge in cases, has slowed its doubling time to 45 days as of July 18. As India opens up the lockdown, Cov-Ind study group of the Michigan University assumes a cautious and moderate return -- each with a different reproduction value -- to predict the future case load. According to its estimates, based on July 18 figures, India could see 1.5-1.7 million cases by August 8.

“We are in a painfully long crisis and we have to be vigilant and keep our guards up for a long time so that we can contain resurges,” Mukherjee said.

A recent mathematical modelling done by Massachusetts Institute of Technology suggested that India could see up to 287,000 cases a day by 2021, if a cure or vaccine was not found.

The health ministry, however, has said mathematical models do not take into account the efforts and interventions taken by governments and communities to contain the spread of virus. 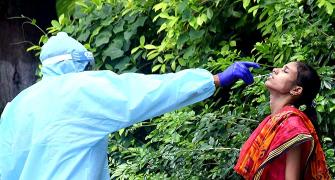 COVID-19: Centre asks these 4 states to pull up socks 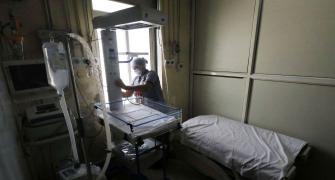 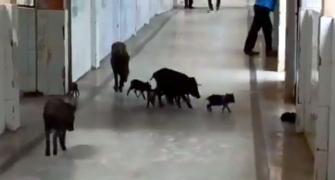 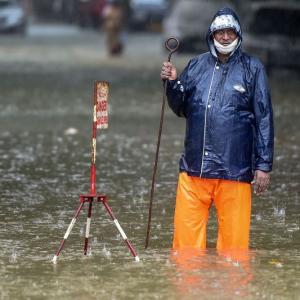