"India and Japan have come to a stage of concluding the nuclear cooperation agreement," said Hatoyama, a key leader of the ruling Democratic Party of Japan.

He hoped India would uphold its unilateral moratorium on nuclear tests and underscored the sensitivity Japanese people attach to it, given that it was the only nation to suffer a nuclear attack.

The India-Japan civil nuclear agreement is key to the success of India's ambitious plans to scale up atomic power generation. Some American firms keen to set up nuclear plants in India are owned by Japanese companies and governed by Japanese laws.

The negotiations for the nuclear agreement were launched on June 28 when officials from Japan and India met for the first round in Tokyo.

The agreement will enable Japanese companies like Mitsubishi, Hitachi and Toshiba, with advance civil nuclear energy technologies, to set up projects in India where the nuclear energy market is pegged at an estimated $150 billion.

Major atomic power companies of the US and France, both of which already have a bilateral nuclear cooperation treaty with India, have urged Tokyo to sign the nuclear pact with New Delhi so that they can use Japanese technology for building reactors in the country.

Countries with which India has already signed a civil nuclear deal include the US, France, Russia, Mongolia, Kazakhstan, Argentina and Namibia.

He announced the launch of the India-Japan Global Partnership Summit which is scheduled to be held in Tokyo in September this year.

The summit is aimed at enhancing socio-economic, cultural and spiritual bonding between the two nations.

"The summit will bring the best of the best from both the countries, not only from the field of industry but also from art, culture and education," said Sam Pitroda, co-chair of the summit. 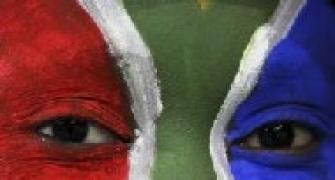 Why an India-Japan nuclear deal is essential

Has Indo-Japan nuclear deal been derailed?