New Delhi's candidature was unanimously endorsed by the 55-member Asia-Pacific grouping, including China and Pakistan, in June last year. 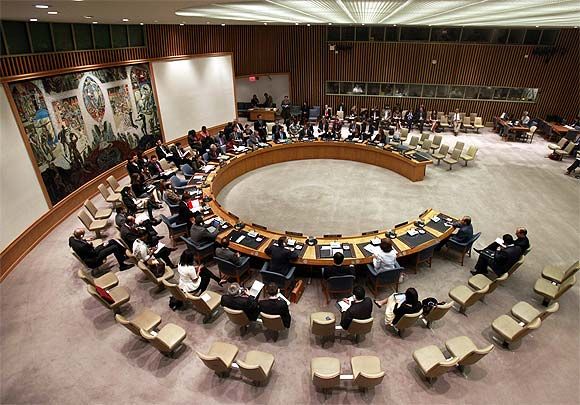 India has been overwhelmingly elected as a non-permanent member of the powerful United Nations Security Council for a two-year term, in an unprecedented election where envoys from the 192 member states voted wearing masks and in adherence to the strict social distancing norms due to the COVID-19 pandemic.

India, the endorsed candidate from the Asia-Pacific States, won 184 votes out of the 192 ballots cast in the elections for the five non-permanent seats of the Security Council, the world organisation's most powerful organ.

India's two-year term term as the non-permanent member of the UNSC would begin from January 1, 2021.

Prime Minister Narendra Modi on Thursday said he is "deeply grateful" for the overwhelming support shown by the global community for India's membership of the UN Security Council.

India will work with all member countries to promote global peace, security, resilience and equity, he said.

"Deeply grateful for the overwhelming support shown by the global community for India's membership of the UN Security Council," the prime minister wrote on Twitter.

Along with India, Ireland, Mexico and Norway also won the Security Council elections held on Wednesday.

Djibouti and Kenya vied for one seat allocated to the African and Asia-Pacific States grouping and will head into the second round of voting on Thursday as each failed to secure the required two-thirds majority, or 128 votes, to win a seat.

Apart from the Security Council elections, the General Assembly voted to elect veteran Turkish diplomat and parliamentarian Volkan Bozkir as the President of the next session of the UN General Assembly.

Bozkir will preside over the landmark 75th session of the General Assembly, which opens in September.

Eighteen states were also elected as members of the UN Economic and Social Council for a three-year term.

Voting for the three crucial elections was conducted in one-of-a-kind arrangement in the iconic General Assembly hall, keeping in mind physical distancing and medical requirements due to the coronavirus pandemic.

In adherence to the social distancing guidelines, all UN member states were allotted different time slots to cast their ballots in the General Assembly Hall.

Wearing masks and practising physical distancing, ambassadors and diplomats from 192 UN member states came to the iconic, but empty General Assembly Hall to cast their votes during the pre-determined time slots.

The sparsely-occupied General Assembly hall was in a stark contrast to a packed and brimming venue in previous years when ambassadors, diplomats, UN staff and other personnel used to fill the sprawling UNGA hall during the elections and would wait until the announcement of the results.

Winning candidates would erupt in loud cheers and applause and congratulate each other as the election results were announced.

This year, entry into the General Assembly hall was severely restricted and President of the Assembly Tijjani Muhammad-Bande's announcement of the election results from the UNGA podium was webcast online for the member states, journalists and national authorities across the world.

“Since the onset of the COVID-19 pandemic, we have all had to work under extraordinary conditions to overcome the myriad of challenges facing us,” Muhammad-Bande said ahead of the elections.

In 2021, India, Norway, Ireland and Mexico will sit in the most powerful UN organ along with five permanent members -- China, France, Russia, the UK and the US as well as non-permanent members Estonia, Niger, Saint Vincent and the Grenadines, Tunisia and Vietnam.

The two-year terms of Belgium, Dominican Republic, Germany, Indonesia and South Africa are ending this year.

Immediately after the results were announced, India's Permanent Representative to the UN Ambassador T S Tirumurti said in a video statement that he is “truly delighted that India has been elected as a non-permanent member of the United Nations Security Council for 2021-22.

“We have received overwhelming support and I'm deeply humbled by the tremendous confidence, which the member states of the United Nations have reposed in India,” he said.

Tirumurti said India's election to the Security Council is a “testament" to Prime Minister Narendra Modi's "vision and his inspiring global leadership particularly in the time of COVID-19.”

“India will become a member of the Security Council at a critical juncture and we are confident that in the COVID-19, and the post-COVID-19 world, India will continue to provide leadership and a new orientation for a reformed multilateral system,” Tirumurti said.

He said that the outcome is a “reflection" of the “strong campaign” led by Minister of External Affairs S Jaishankar and also thanked Minister of State for External Affairs V Muraleedharan, Foreign Secretary Harsh Shringla as well as his predecessor Ambassador Syed Akbaruddin.

This is the eighth time that India will sit at the UN high-table.

Less than a year after its term at the Security Council ended, India had put in its candidature for the non-permanent seat in 2013 under the tenure of then Permanent Representative Ambassador Asoke Mukerji.

Afghanistan too was looking at a non-permanent member slot in 2021-22 but Kabul, in a rare gesture, decided to withdraw its candidacy in favor of New Delhi, Mukerji had said.

India will be guided by the five priorities under the overarching theme of NORMS: New Orientation for a Reformed Multilateral System. These priorities, launched by Jaishankar, includes new opportunities for progress, effective response to international terrorism, reforming multilateral systems, comprehensive approach to international peace and security, and technology with a human touch. 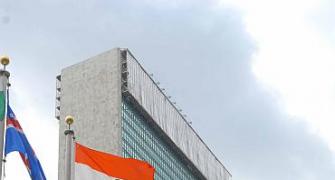 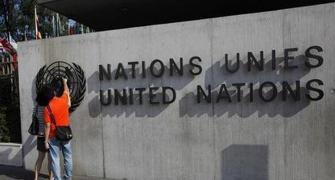 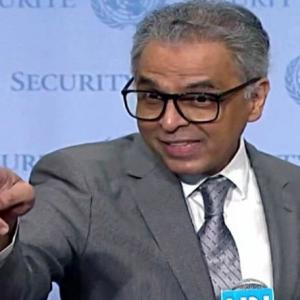 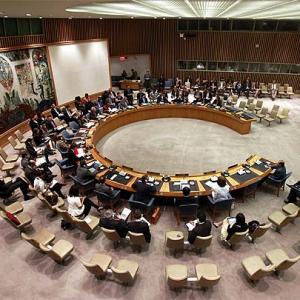