India wants more business and closer engagement with ASEAN even as China's influence spreads in the region.

Rediff.com's Sheela Bhatt, who is travelling with the prime minister on his visit to Brunei, reports from Bandar Seri Begawan, capital of the tiny oil-rich country.

Prime Minister Manmohan Singh has arrived in tiny, oil-rich, Brunei to attend the Association of Southeast Asian Nations summit. Brunei has 412,238 people and follows the Islamic way of life.

More than 3,000 guests, including 800 journalists, have arrived for the ASEAN and East Asian summit. On Thursday, Dr Singh will meet Australian Prime Minister Tony Abbott and Japanese Prime Minister Shinzo Abe on the sidelines of the summit. It will be Dr Singh's first encounter with the maverick Australian leader.

The issue of buying uranium for India's nuclear programme will get a further boost as Australia now seems ready to sell its precious resource.

At the small airport in the capital Bandar Seri Begawan, Mohammad Abdullah was driving a bus taking guests to hotels. He is a native of Azamgarh, Uttar Pradesh. His father Kalimuddin came to Brunei some 40 years ago.

The Sultan of Brunei, Hassanal Bolkiah, controls the economy and politics. He has spent the sultanate's oil wealth hugely on infrastructure. As it is a small country, there are not too many hotels in Bandar Seri Begawan. So when the sultan's government started planning the ASEAN summit, it simply took over all the hotels and then allotted rooms according to the status of the guests. Some guests were asked to stay in hostels and private homes. The sultan has built a posh convention centre for the summit.

For India, no international grouping besides SAARC is as important as ASEAN. It is truly a top priority in India's foreign policy. Elite groups like the G-8 or G-20 are a status symbol for India which craves development and avenues of employment.

To strengthen Indian manufacturing, it has to look for markets in the growing economies of East Asia; it needs to create soft visa policies to help expatriate Indians like Mohammad Abdullah and to build strategic relationships in its South-East neighbourhood.

The importance of being engaged with ASEAN is so enormous that Dr Singh will announce the creation of the post of Indian ambassador and a full-fledged Indian diplomatic mission for ASEAN. It will operate from Indonesia where ASEAN has its secretariat.

United States President Barack Obama has cancelled his visit to Brunei as he is fighting a domestic war with the US Congress after the shutdown of the US government. US Secretary of State John F Kerry has already arrived in Bandar Seri Begawan as Obama's emissary.

India has emphasised enough to East Asian nations that it means business. ASEAN, founded in 1967 and still going strong, consists of Indonesia, Malaysia, the Philippines, Singapore, Thailand, Brunei, Myanmar, Cambodia, Laos and Vietnam. ASEAN has been able to create a common cause to help its member economies and is now expanding to political and defence ties.

Kerry would like to keep tabs on the contentious issue of the South China Sea that has emerged as a divisive issue amongst ASEAN members.

The South China Morning Post, the Hong Kong daily newspaper, commented that China is likely to take advantage of Obama's absence 'to bolster its influence in the region when Premier Li Keqiang attends the East Asia Summit in Brunei.'

At a briefing to discuss Li's trip on Monday, China's Deputy Foreign Minister Liu Zhenmin said the South China Sea dispute should be resolved through bilateral negotiations involving the countries directly concerned, and that intervention by outsiders would only complicate the situation.

Indian diplomat Ashok Kantha, Secretary, East, while briefing the Indian media on the eve of the ASEAN summit said, "India's position on this issue (the South China Sea) has been fairly unambiguous. Protection of maritime commons, we believe, is an issue of increasing relevance to the growing economies of East Asia."

India is keeping its focus tight. It wants more business and closer engagement with ASEAN members even as China's influence spreads in the region.

Before taking off from New Delhi Dr Singh noted that, 'Our engagement with ASEAN and its member countries is the cornerstone of our Look East policy and has evolved into a strong, comprehensive and multi-faceted partnership in recent years. It started with a strong economic emphasis, with focus on commerce and connectivity, but has increasingly acquired strategic content.'

The cause of Nalanda University will also get a push during Dr Singh's visit.

'The summit has been highly supportive of India's initiative for the revival of the Nalanda University, which is slated to begin academic programmes next year,' the prime minister pointed out.

China, Singapore and Australia have announced impressive commitments to the university in Bihar. 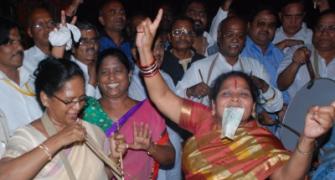 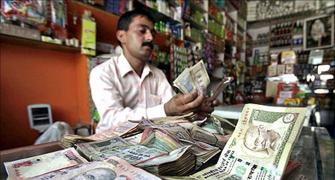 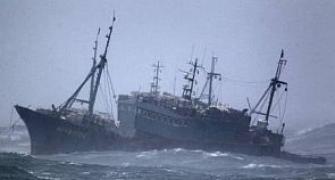 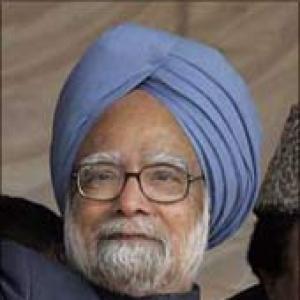 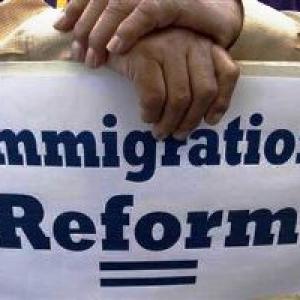 US biz body steps up campaign on immigration reform